Where Do I Begin?

By atreides (Thu Feb 14, 2019 at 11:49:35 PM EST) (all tags)
It's been so long. And it's all my fault. I've generally stopped talking about myself because, quite honestly, I've often thought that nobody cares about a great many things I might have to say. On a certain level, that's a little sad. On another, it's somewhat liberating. If nobody cares, then it doesn't matter what I do.

At the end of August, my mother (the adopted one, not my real one. I haven't spoken to her in almost a year and a half for reasons) got really sick. I spent a month of nights making sure she got her meds and had someone to take care of things when the pain or vomit or whatever became too much.

In June my company (well, my division) got bought out by another company. At the beginning of September, I was informed that I would not be surviving the second round of layoffs. That happened at the end of September.

In the middle of September, my roommate informed me as gently as he could that I was going to have to move near the end of the month. His fiance has a daughter living with her ex-husband. The ex-husband and his parents started getting physically abusive with her so, instead of moving here to go to college in a couple of years, she needed to come here NOW. And I had the spare room they needed.

So there I was, jobless and staying with friends but I at least had a place to stay. And then I went on a small road trip to get away from my problems for a couple of days. I hit a freak rain storm, spun out, and my car went ass first into a tree.

As you can imagine, I've been depressed for a while.

In January, my old job gave me a call. The figured out that they actually needed staff for things so they brought me back with a raise. A slightly different position, but more interesting and using more of my previous experience with law and government agencies. March I'll be picking up a new-to-me car. It's getting better.

Then, of course, there's the Duchess and the Despoina. 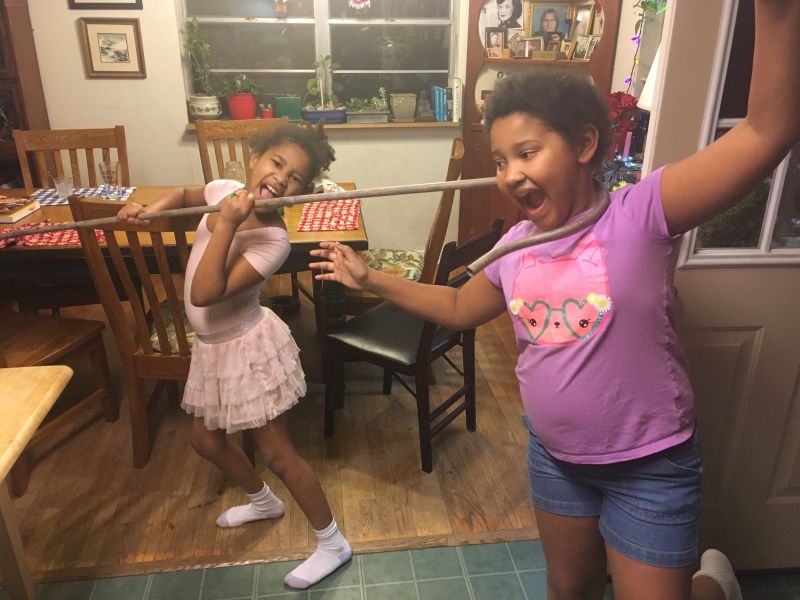 The Duchess is full of life and carved out of wood. We call her Danger Girl because she has no fear. She's charming and gregarious as all get out and smarter than hell. Unfortunately, she has a bit of an inferiority complex because, as smart as she is, she is in her sister's shadow.

The Despoina is sweet and goofy. For the last few years, we've been flirting with jumping her forward a grade. This past year it happened. She skipped 4th Grade. So now we're looking at middle schools for her. She also just got a cell phone and may be beginning to have a boyfriend. I'm not sure how I feel about that last part...

I've had a few relationships. A local soul singer, a baker, an unfortunately borderline insane loan officer (she was often fun and the sex was great), an accountant who I believe I am still desperately yearning for... Most are just the past. A few I would take back in a heartbeat if I could.

And I've taken up the hobby of geocaching. It got me through some rough times. And it's been the focus of my writing. That's how Geocaching While Black came about. Being out on the road, going from town to town has been the first thing to put a true smile on my face in a very long time.

I'm working on starting a a podcast. I probably won't be able to go to Buenos Aires for the eclipse, but I may go to Istanbul. I might be picking up matching wands for me and the Despoina and matching sonic screwdrivers for me and the Duchess. I'm looking forward to the future. and it's been a long time since I've done that.

And there it is. Of course, there's more history and more details, but that's where I am. It's not pretty, but it's where I am. And I'm not entirely disappointed. And it's getting better.