Now I want some fried chicken

I've started using Firefox again. Chrome has been intermittently slow for me. eg youtube videos failing to play right because of how slow it is. Not sure what's up. Perhaps I have a rogue extension that's mucking things up. Downside (or perhaps feature): for some reason logging into reddit on Firefox doesn't work for me.

We've been playing cribbage. It's less cerebral than piquet, which totally explains why it has remained popular and piquet hasn't. They both have odd "hand-scoring" and "playing cards" portions, but piquet does them in reverse order and it's a trick-taking game rather than and adding game. But because of those components, they both feel like they're from the same era. Cribbage is a lot easier to play, though.

New parish is going fine. Hopefully they'll manage without us next weekend. People are singing along and doing fine, so that's good. Hopefully they'll get rid of that friggin' J Erickson pseudo-Byzantine setting like they were supposed to before we return.

Still terribly sore from the strongman meet where I tied for second. Just calves, forearms, and traps. It's funny, I can shrug my shoulders and just know where the boundaries of the traps are because that's where the soreness ends.

Here's a picture from the truck pull: 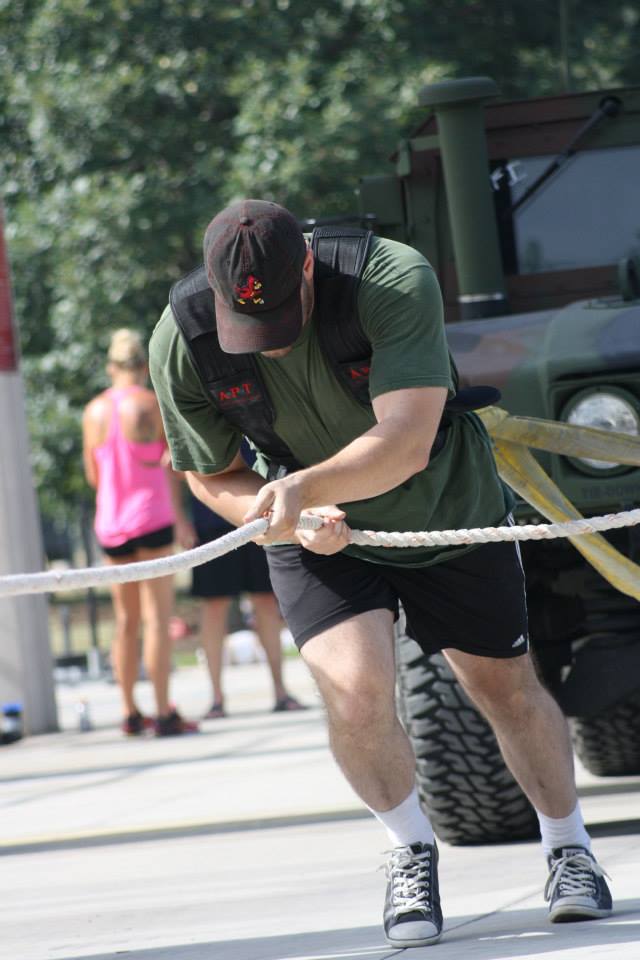 My advisor is out for three weeks, so I'm taking a couple days off and then I will try to get some programming and writing done. I've laid a bit of groundwork, just need to hack some stuff out.