By Oberon (Sun Oct 23, 2011 at 04:29:01 PM EST) orion, meteor, orionid (all tags)
Inside, a massive page-widening possible Orionid picture! With Orion, for reference. The maybe-meteor is in the bottom left.

I say possible Orionid as most photos of meteors seem to look more needle-like. I don't think I actually saw this one as it happened, I was scanning the sky more generally while the camera did its thing. Anybody know enough about this to venture an opinion?

Taken on a 15s exposure, camera propped on a park bench -- I don't have a tripod unfortunately.

Update [2011-10-24 12:23:9 by ana]: Edited to add: After playing with the photo a bit , I think the camera must have moved. The "meteor" is actually just a trail from a star as the camera moves. Increasing the contrast of the image, I can see fainter, but otherwise identical trails from the other stars. 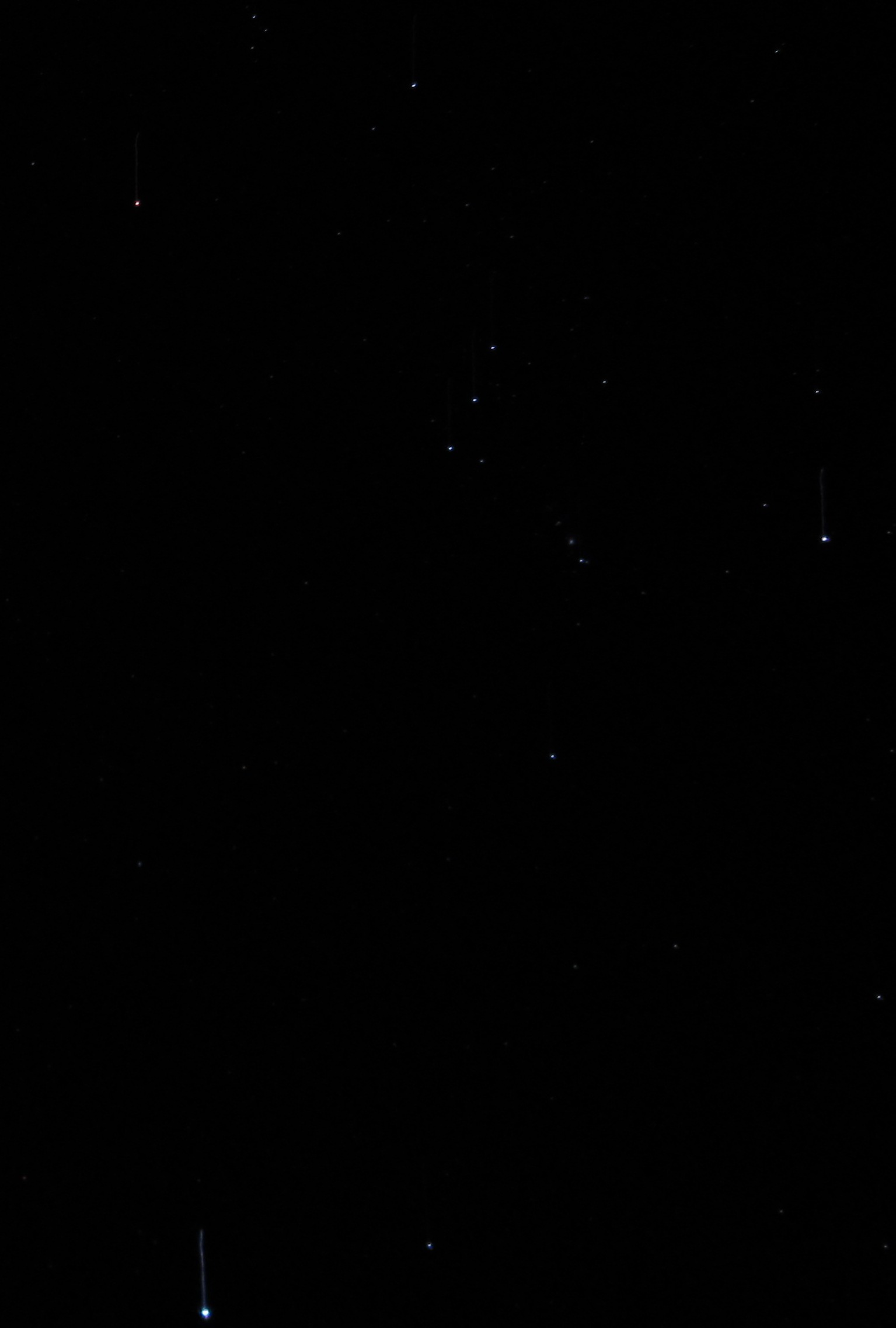