Now that wasn't so bad.

I've not be able to get a hold of the person calling for the job in Texas.  We seem to be doing the voice mail thing back and forth.  Looking over the job requirements, I doubt I'd be a good fit anyway, and even if on the off chance I did get hired, it'd take me more than 6 months to get up to speed on learning Java enough to be productive.  Factor in, ~$300 for air travel for an interview, and no chance of moving expenses, it's just not really an opportunity I should pursue.  The deciding factor though has to be the temporary status of the job. I'm not adverse to doing a temp job, but to move to Texas for one is kinda out there.  If it were in Philly, or Pittsburgh perhaps.  Sure I may have talked myself out of a great opportunity but I also know my skill level as well.  That said, I've got to increase the number of regional jobs I apply for, and read more carefully for jobs further out.

I had the second part of the root canal today.  It was okay.  I had Nitrous.  I would pay 200 bucks out of pocket seriously for the nitrous.  Before the Novocaine shots, and I didn't know he was shooting me up, except when he said 'this one may sting'.  The after procedure X-ray showed that the three canals are all filled and the middle one is prepped for a post.  He wants to see me at 6 months and a year to see if the tooth is healing okay.  He did warn, and I kick myself again for not getting this taken care of sooner, that there was a tooth crack and infection could start to travel up the tooth and into the jaw.  The 6 month checkup will determine if that is the case, and if the tooth needs extracted.  I'm really hoping that's not the case.  In 2 weeks or so I can get the crown placed.  I want to crown to be in place sooner than later, but I have a feeling it will be right around vacation time I'll get an appointment. 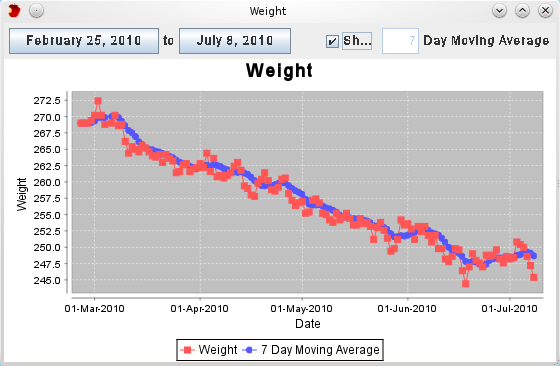 A friend's laptop has a virus and he wanted me to come fix it this weekend.  But well I have that second date, so I had to pass.  This is the one thing that sucks about having friends that you never see.  I most certainly could have stayed at the 411 job and not moved out here.  I could have also taken to the UPitt job.  There is no way to look back and see what would have been better, but my gut feeling is that I'd probably be unemployed now.  Most certainly that would have been the case with the 411 job as it was a 18 month contract and I was on the down slope of that.  When I left there they were giving away so much off time it wasn't funny.  The UPitt job was also a temp deal, but with yearly renewals.  The state budget's not been nice to places like Pitt lately so who knows how that would have worked out. But moving out to where I am has hampered the search for other work.  From where I came from was not all that metro, but it did have a small IT workforce that could be tapped into.

I'm just feeling anxious about the current job, and the prospects of finding something new, something where I'm challenged but not overwhelmed.  I'm not stupid, but my programming is rusty. ( This is not the right term.  I find I enjoy debugging and finding out why things are not working and fixing them with code, than I do writing things from scratch.  Also 4 years of PHP, need I say more? )  Sometimes I even wonder if I want to program anymore.  But what else is there?

So now I shall go eat, then go shopping, buy gas, and come back to read some more of the Shorter Summa. ( Hint it has me confused because it appears that Thomas kinda glazed over some of the important things about God. ).