Shedyssey Part Six: It's all coming together!

It's slow going at first as lizard-like the legs and arms are already crying out for relief.  Two days hard physical labour has taken its toll on both of us, aches in places we didn't know we had places.


By today it's rapidly dawning on me that doing this all on my own would have been a complete nightmare.  Due to "the beauty of natural wood" some planks are not perfectly straight and need both of us to lean on each end and hammer them into place.

Each plank has 3 tongue and grooves so once they're in place it's battering with a club hammer that settles them down. 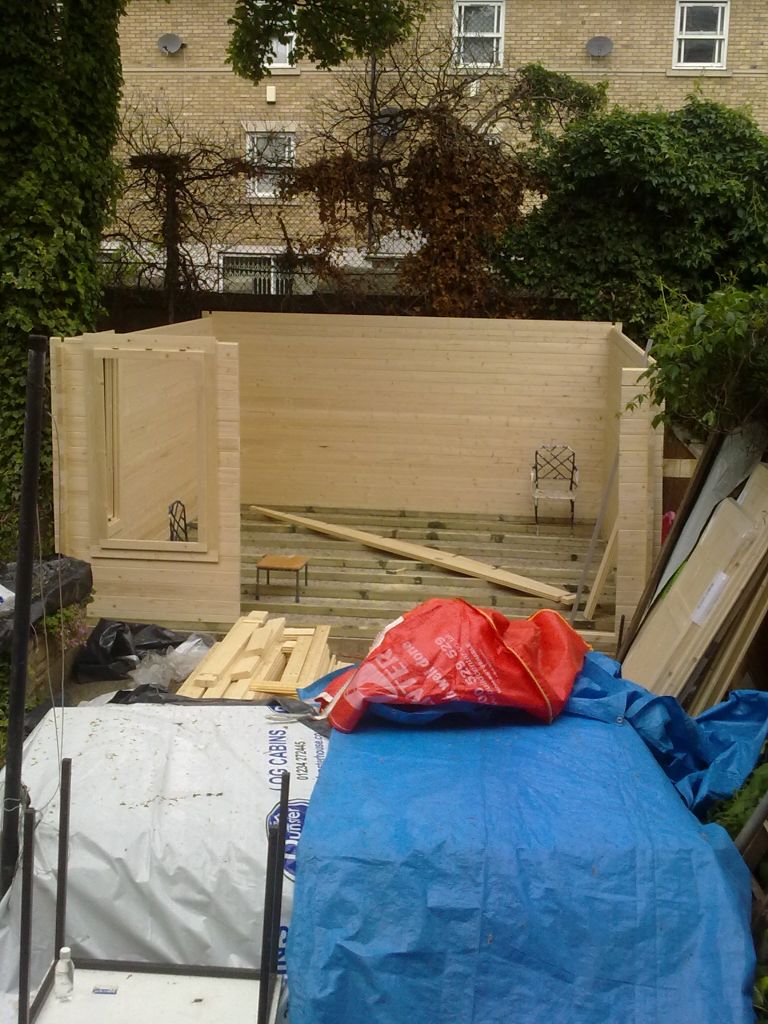 As do the doors: 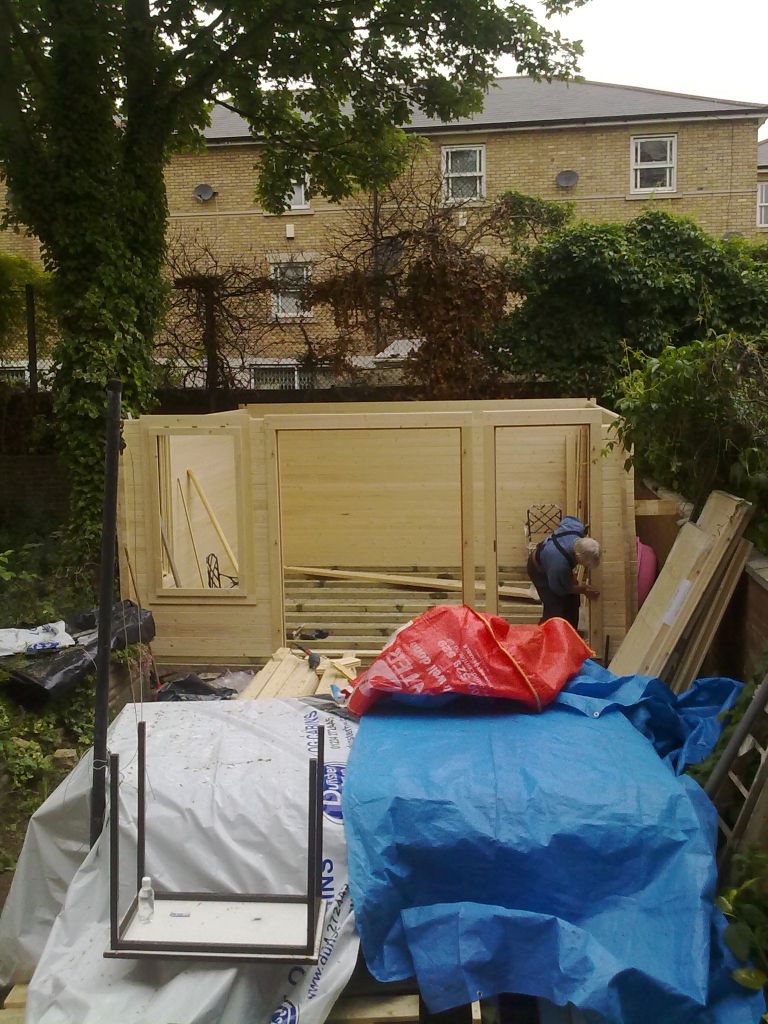 I was hoping to get the roof on today but it's not going to happen.  We have a partition wall and have bought an extra door to replace the right hand window.  The partition wall will keep my tools away from the main part of the shed so we won't have to worry about little fingers picking up sharp, dangerous things or opening bottles of anything poisonous.  Cutting the space out a bit wider and higher takes time though; there's a lot of wood to be cut.  But it smells great and I finally get to use my electric mitre saw that's been unused since I was given it.

Bizarrely they insist on sending us a door for the partition wall, and the window.  When I ordered it, I explained that they could keep them.  I wasn't even after a discount; I just didn't want parts that I knew I wouldn't use.

It looks like rain tonight so as we pack up we use the plastic sheeting that the shed arrived in as a makeshift roof.

This is always the part of the job that hurts the most, the putting away of the tools, the sweeping up of debris and all done with tired muscles.  It doesn't bring the job on any but it is still effort that needs to be expended.

We look from the kitchen window, sagging into our chairs and beam with pride at our days work.  I'm starting to hate the shed a little though; three days work and it's still not done. 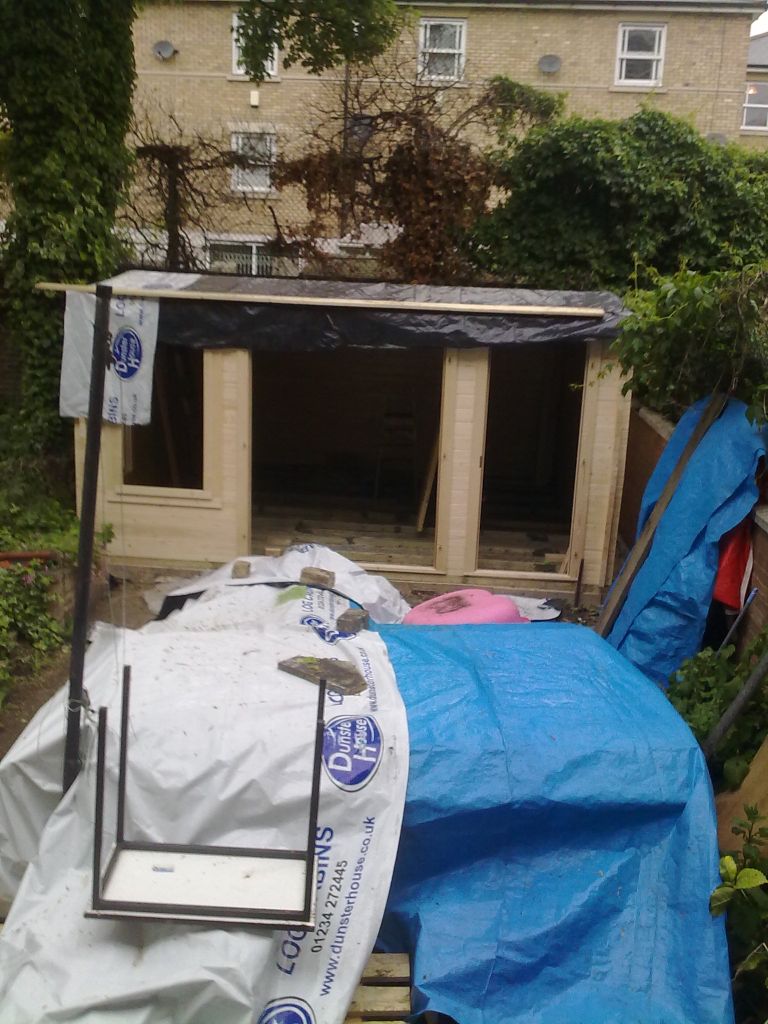