We both had meetings this morning, so we arranged to take the afternoon off, met at home at 2, took my old guitar and hit the road.

The luthier had a look at the instrument, looked inside with a mirror, kind of sighed and shook his head, and then proceeded to tell us what was wrong and what he could do to make it better. The face of the guitar isn't quite flat anymore, with a wave developing around the bit that holds the foot end of the strings. That's still firmly attached, with screws through the front, to a block inside, but the string tension has been warping the face of the guitar.

There's also a crack behind where the neck attaches to the body, because the neck wants to bend forward, again because of the tension in the strings integrated over 30+ years.

So he says, yeah, I can fix it; it'll be better than ever, but for the same money you could have a new guitar that'll be better than that. If there's some sentimental value... which, truth be told there isn't. I bought it from the want ads for a song in, uh, 1971 or so.

So we went up the street to a new musical instrument store he recommended, and found a nice lightly refurbed used Guild 12-string with a very nice action and an internal pickup, for not much more than the luthier would have charged to not-quite-fix the old one. I'm looking forward to building up callouses again.

Is it gauche that I clipped my fingernails in the repair shop before trying out one of their consignment guitars? </TMI>

So from there we drove to Davis Square to pick up our weekly farm box. It's got green leafy stuff in it, and some turnips for the first time this season. And more blueberries and stuff.

The funky (well, not quite what it used to be) art-house cinema was playing Exit through the Gift Shop at 4:40, which we could just make, and got there with a half-hour to spare, so we had a beer at a pool room. Tasty Belgian stuff with a name like Pearl (that's not quite it). They had a deal that if you showed them your movie ticket stub you could keep the glass. Alas, we did these errands in the wrong order. But we have enough beer glasses anyway, so.

The movie is delightfully quirky, about street art (a.k.a. graffiti) and a dude with a compulsion for video photography, who tells the artists he's making a documentary about their ephemeral art. He has no idea what to do with his tapes, so he puts them in boxes, unwatched.

One of the artists turns the table on him, encourages him to make his own street- and pop-art, which he takes to in spades, and then he (the artist) edits footage into a documentary about street art and documentarians. It's fun. You should see it. The videographer is seriously nuts.

And then dinner at the nearby Cambridge Brewing Company, which some of you will remember from a K5 meet we had there, as long ago as iGrrrl's younger child is old. Delightful roast duck breast with a sauce of veggies and duck confit; my dining companion had a dish made of fish from Rhode Island and veggies grown locally. Créme Brulée with two spoons and a glass of their Porter for dessert.

And a trip to the pet food store, and pig ears that spoiled the puppies' dinner. Life is good. Spoiling puppies makes it even better.

This day has been a toxicfur production.

Edited to add the following picture: 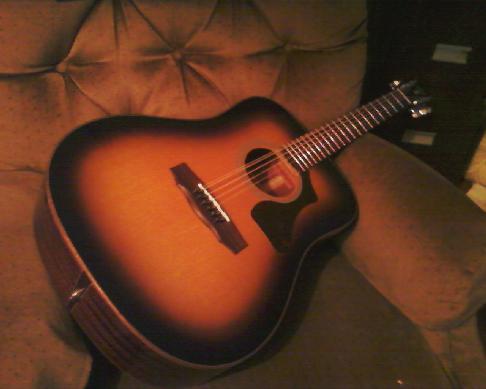