By georgeha (Fri May 14, 2010 at 03:14:32 PM EST) shoveling, collective gardening, parades, Lilac Festival, dentists (all tags)
Of the urban intellectuals being forced to labor in the collective gardens, of the corporate technophiles sent to work in the fields.

Plus The Lion the Witch and the Wardrobe, The Templars: History and Myth, Victory at Sea, first filling, RC planes, socializing, nerd pride, breakfast for dinner with pie and less!

Poll blocked due to hydrate formation.


I'm tired and sore, I've been doing lots and lots of manual labor. Thursday was a "National Day of Caring More About Your Cushy Desk Job by Doing Strenous Charity Manual Labor Day", some United Way thingie where we got sprung from our cubes to go work with our hands. Unlike last year which was close to my house, it was a bit of a drive, to the Y camp in an eastern suburb. I got there a little late (I stopped by the dentist's office looking for my cell phone) and got assigned to the crew working on a mountain bike trail, there was one other person from my corp, and a bunch of dudes from a different corporation. So, I spent the day hauling pressure treated lumber and rebar, digging holes, drilling holes, and pounding rebar. I was beat.

I was also fretting all day about losing my phone (not the phone so much, since I bought a $5 replacement at a garage sale last summer, rather the hassle of changing numbers, and the money is some kid downloaded that hippity hop shouting stuff, that's not music, not like the Dead you know) and then my wife found it in the back yard, hooray!

Earlier in the week, on Sunday afternoon, I went to the collective garden site for a work party. I got there in time for a few rousing choruses of songs to Dear Leader's health, and then some ritual condemnation of the bourgeois. After helping a little with measuring and cutting boards, I decided to start moving dirt from huge piles to the stained and empty beds. There was the expected assortment of earnest city gardener types (a few guys, some older women, a MILfy sort and a just out of college coed), the pic below shows us congregating around the plans. 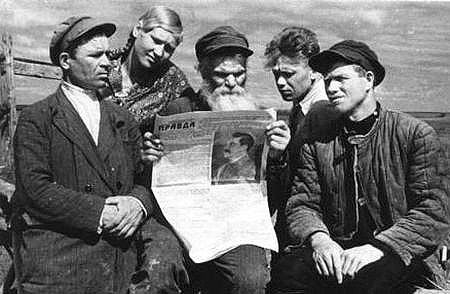 After two hours we had filled two big beds (12x12) and three smaller beds (4x12). Later in the week I went back to stain our bed (and someone else's). This weekend I'll drag our bed to it's proper place, fill it with dirt, and start planting.

Like I mentioned, I took eight year old to the dentist this week, she had her first cavity filled. Her teeth are in much better condition than thirteen year olds, the big X-ray showed them to be straighter, and her enamel is thicker, they don't seem as sensitive (it's an ordeal to work on thirteen year old's teeth, we're talking Valium and nitrous).

In book news, I finished Haag's The Templars: History and Myth, a good overview of the Knights Templars, mostly history, but some conspiracies, complete with urls. I found it interesting that France used legal methods to gain control of their treasure, they had a loophole from the Inquisition to investigate heresey. Even in the 1300's lawyers were important.

I also read The Lion, the Witch and the Wardrobe, it's a lot like the movie.

We saw some of the movie when we ended up at Mrs. Ha's workfriend Friday night, we were celebrating her birthday at Red Robin, and then back to their house for ice cream cake and beer. Her hubby is getting into RC planes, they're getting really small. He had an ounce plane, it was neat.

In final media news, I finished Victory at Sea, and rewatched the first episode. It was good, though some of the scenes are slightly anachronistic, I don't think the Canadians were really supplying Sherman tanks to the UK in 1939.

I never got the "Real Men Don't Eat Quiche" meme. The ones my wife makes start have bacon, mushrooms, swiss and eggs, all manly foods, served in a pie crust with spinach, for dinner. Wednesday night's was good, and we had a bottle of German Riesling just sitting there, so we had that too.

A busy weekend on tap, tonight I may take our youngest to the bookstore while mom and the oldest go off to Mother-Daughter book club.

Tomorrow is the Lilac Festival Parade, complete with Star Wars stormtroopers. Newspaper_girl was amused when I told the who's the tall furry one story. Also tomorrow there may be luggage shopping (thirteen year old is going on a trip next week), and collective gardening. I'm going to miss the gaming meet.

Sunday there's a 5k race our oldest wants to run in, and probably more gardening. Work, work, work. We may go to the Lilac Fetival too, lots of good bands playing.