Who cares about Cash for Clunkers?


Mrs. Ha called in sick Monday, her stomach was upset. We didn't eat very wisely on Sunday, lunch was pepperoni and landjaeger sausage from a vendor at the Avon Flea Market, the only things I bought since I didn't see any wargames (I saw Regatta once, but no wargames ever). She thought her stomach is still upset from that. I had been curious about landjaeger ever since reading about in the paper from a profile of a sausage maker. My verdict, it tastes like summer sausage. More on food, stay tuned!

She's also anxious about her job, doctors aren't fun to work with, and it seems he's still getting over the move/combining offices. If things don't get better, she may quit. Wednesday was a better day.

On our trip to Maine, we tried something akin to a Thanksgiving sammie, a panetta roll with stuffing, turkey and cranberry sauce. This has been the latest edition to our dinner rotation, though we've since learned some hard truths. It's a bland dinner, adding whole wheat rolls just didn't work (they don't work with Nutella either, I may have to feed them to the birds). Trying smoked turkey definitely didn't work, the smoke taste completely overwhelmed the rest of the sammie. We take these risks, so you don't have to.

In addition to Farmville on FB, my oldest daughter also signed up for lolcats, and lolcatted our loldog. 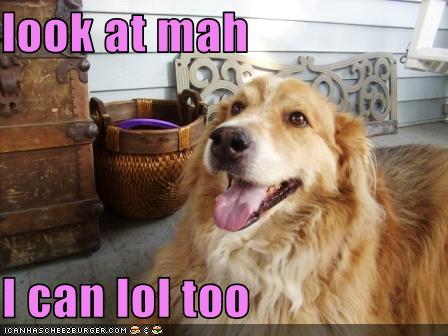 In media reviews, I finished Devil Boats, about the PT boats in the PTO. JFK makes a cameo, as you read about the sailors in their little boats shooting up the Japanese in the tropics. Recommended if you're a fan of small boats, or the South Pacific, or General MacArthur.

In other book news, I just finished Bishop's The Big Sort, a book on why politics have become more partisan, and what it may mean to the US. He's saying that politics has become a lifestyle choice, one can move to a place where everyone else shares your political affiliation, without even being conscious of it, just by picking up clues about the neighborhood (ie. lots of Priuses, liberal, lots of trucks with gun racks, conservative). He also talks about the split between Public Protestantism (do gooding, liberal) and Private Protestantism (making oneself a better person and not worrying about the public), and how pollsters can determine your political affiliation by a few non-political questions. He also says that groups sharing an affiliation become more extreme.

In general, he thinks this is a negative result of trying to increase voter participation, there's no longer a large amount of voters without strong beliefs. People no longer become exposed to other political viewpoints as Democrats flock to the cities and Republicans flock to the rural parts. Moderates disappear, politicians capable of working across the aisle become unelectable, and governing becomes a stalemate. Opinions counter to the average opinion of the group are discouraged (right Mr. Clown?).

In other media news, I succumbed to the hype and bought the remastered Revolver. It sounded good, though it was hard to listen to with the wife and kids wanting to talk to me. I wonder how much better it would sound with my old college stereo. more on college, below.

I've talked about the former National Guard Armory at the end of our street before. Last year, the city agreed to buy it from the state for "one million dollars" contingent on a site report, which came with some petroleum contamination, some mercury contamination, and some places with bad, unstable fill. The city wanted to pay less, the state thought they could do better, so now it's up for auction. One real estate company is interested, it is a lot of land in the desireable south eastern part of the city.

Speaking of the Armory, eight year old and I played soccer (footie) there one night. I wish the dog owners would pick up after their dogs, I didn't step in poop, and the ball didn't land in poop, but it was close at times. Also, soccer (footie) and Tevas are not a good match.

In suburban school news, Mrs Ha's friend at work's daughter is the victim of intimidation, and came home with a scissors mark on her from the gang of bad girls. It's the suburb I went to school in, not the ritziest one in the county, maybe even the cheapest. From the details, we would be unsurprised if the scissor wielder was originally from the city.

While thirteen year old had a gang of mean girls pick on her in fourth grade, it never got physical with objects. In some ways, I think the city schools are safer, they have metal detectors and x-ray machines, though not everyone gets screened (I guess you call it deterrence). I feel it makes a Columbine situation less likely. I also think the city has a policy for dealing with this that the suburbs may not, though the oldest says it takes 4 suspensions to get expelled (I'd lower that, as there's a waiting list for her school, if you can't handle it, get out).

In other school news, Wednesday was Curriculum night at the middle/high school. Her teachers seem nice, and she wasn't the only one to have trouble with the English teacher last year. I saw a lot of parents I knew, including Mrs Ha's old roommate and a co-worker, but there wasn't much time to talk with people, I chatted with a boy's mom we met through the Y and Porsche_girl, and with sa_dad. At least I met most of the teachers, in case we get calls or emails home.

Her social studies teacher is a lefty (big surprise for a city school). They have a DC trip in May planned, ballpark figure is $460. If Mrs. Ha keeps her job and there's no financial disasters, it should be doable. She also has to interview someone about Vietnam, I worked with a few guys who served, but they retired or were laid off. My brother and sister in law may have protested, they're that sort.

I think the difference between boys and girls growth must be the greatest in 8th grade. I saw the boy talking to a girl, it looked like he was half her size (she is tall, but not unusually so). The co-worker's son looked to be in fourth grade, but then I'm used to how big seventh and eighth grade girls are.

In future school news, the local tech uni announced scholarships for public school city kids, if your family income is below $60k. No mention of a sliding scale, I've been fortunate in my career and even without Mrs Ha's income we're a bit above that. Paying full price to attend there is probably not possible.

The local big uni has a scholarship for public school city kids where they'll pay $25k towards the $39k tuition, $14k a year tuition should be affordable, assuming I stay employed and we have no epic financial disasters. Then again, our girls might end up near the bottom in family income at that big local uni.

We have been saving some, and I often tell the kids that they can have that money if they get a free ride.

My previously diarized couch repair did not last long, so I tried again, with a letter size piece of black suede for the backing, and lots of volatile glue to seal it. I hope it will hold until the Cash for Couches program starts up.

In other gaming news, last week was the monthly board game group meet, and I went for a little over an hour. No time to play games, just chitchat, as I dropped eight year old off at a bday party, and had to pick her up.

In RPG news, I just got a CD full of every official Classic Traveler book, supplement, adventure and game (Fifth Frontier War, Imperium, etc). 3000 pages of old school geeky goodness. I'll be in my, er, stateroom. 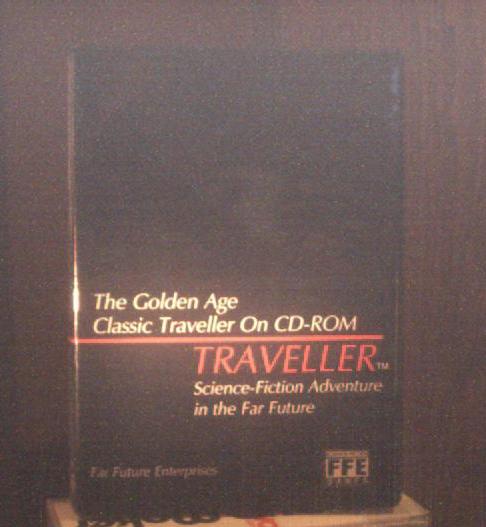 In weekend plans, eight year old has a party on Sunday with programmer_boy. He seems to be a stud, he's invited lots of girls, lots of girls like him, and there may be only a few boys there. Times really have changed.