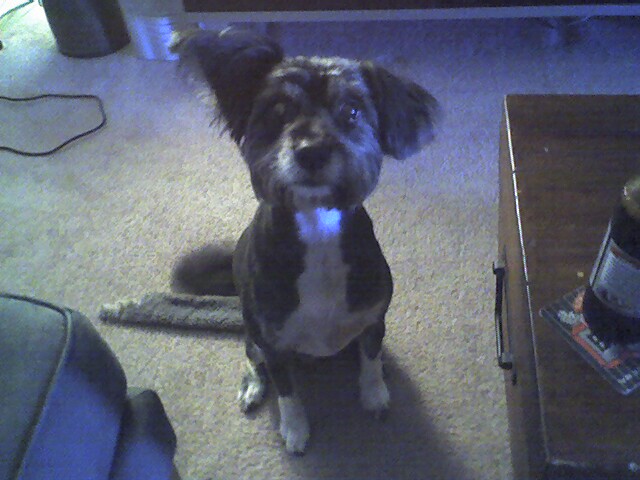 Besides losing my phone for the fifth time this week, I have had a very busy week without accomplishment. I did get to send out an email to everyone at the company asking to update computers here and at home. Oh and I installed Windows on a workstation that I had deleted Windows from because the person in charge of that workstation told me that it would never, ever use Windows, ever.  Which is why it now has Windows.

I changed the oil in my car to Elf 0W-30, which is actually the product of elves. I know people are against seal clubbing (which is strange...why not let Seal in clubs? Or SEALs in clubs?) for the pelt and oil, but people don't seem to mind Elves being squozen (squozed? squeezin? squeezed!) to death for their sweet, sweet oil. My oil change guy (I have a "guy" for everything) had never seen nor heard of Elf. Those of you in the UK, you've heard of Elf, right?

I did this because Obama said so. I adjusted the air in my tires and change to a zero-weight synthetic oil, and my gas mileage improved 8 percent. That Obama, he's pretty good with the common sense and the whatnot.

While at the local oil changing establishment, I perused the latest in Chap Magazines and found that famous chicks these days all look horrible.  I'm not sure if there's some sort of disease only being passed around by the glitterati (their own brand of herpes simplex?) but man, they all look awful. Malnourished with bad particle physics, and lips the size of my head. HUGE sunglasses that make them all look like ten year old girls, waists that are smaller than most ten year old girls, tiny clothes worn by ten year old girls, a complete lack of body hair, and these huge chests stuffed with cemented silicon gel. Plus these long stringy muscles wrapped in leathery skin and these bizarre alien-looking fingers.... I'm starting to think that, except for the boobs, every woman in hollywood is trying really hard to look like a ten-year-old Angelina Jolie crossed with the alien from Alien.

Thankfully my wait for the car's change to Elf Power was brief. I immediately drove at a high rate of speed to bed the oil in. I know, that makes no sense but I have to have an excuse for driving like a banshee that isn't entirely selfish.

Work has been ludicrous. Busy as hell.  Busiern' a one legged ass kicker at an ass convention. So busy that I ate lunch once this week, and have spent most days in quiet rushed frantic activity for ten or more hours. Sam was off this week, so my office has been boring and sterile and too quiet. I miss Sam. He's good to have around. He emailed me: "Vacation is better than work." I asked him to prove it. I mean, how can you accomplish anything on vacation? Heck, in this week alone I've saved so many people from so much evil technological nonsense that I could be canonized. My second miracle this week was fixing our NFS server while no-one noticed. My first miracle was that windows install.  I think I need a third or maybe as many as a fifth. I could use a fifth. Of anything. Except symphonies.

There's no reason to panic. It's just the brain drain. My brain is draining.