What I'm Reading
Borrowed Fallon by Louis L'Amour from the library. They have a Western section but it's only a few shelves, buried away in a corner beyond Large Print. Western sections have definitely shrunk since the towering shelves of my youth: not sure why I never read them back then.

Short, punchy and action-packed. Gambler Macon Fallon flees a card game gone bad into the desert, where he convinces a couple of families to re-open a ghost town, hoping to salt a mining claim and sell it to a sucker.

Unfortunately he encounters a ruthless band of outlaws and other difficulties: fortunately he's a lightning-quick gunfighter, expert pugilist and skilled farmer as well as a superb gambler.

It's written in a simple but effective style, with a nice line in telling details, like the terrifying breath of cool air that precedes a flash flood. The characters are a little cheesy, but there is a good portrait of Al Damon, a teenager turning to the dark side far more convincingly than Anakin Skywalker.

The plot's generally well-constructed, though there's one annoyance: we never find out what happened to Al Damon. Some elements are predictable, but there are a few surprises.

His vision of the West is pretty romanticized, and Indians appear to basically be there for target practice, but L'Amour seems to know exactly what he's talking about in terms of scenery and details.

Definitely a fun read though: L'Amour is a great storyteller. Will keep an eye out for others. He wrote a lot of books and don't know yet how much variation he put into them.

What I'm Reading 2
Strip Jack by Ian Rankin is the fourth Rebus novel. He's back in Scotland now, but this one takes him out into the countryside, and into the high society of Edinburgh rather than its seedy underbelly.

The plot's more realistic this time. Has an absolute maze of characters and red herrings though. I'm not a very proficient mystery reader and found it pretty hard to even remember who was who, let alone work out whodiddit. So didn't really get an aha moment. Might be too advanced for me.

Bought this second-hand as a the first part triple-decker volume The St. Leonard's Years, so I'll probably be onto the next fairly soon.

Museums
Saw the Maria Lassnig exhibition at the Serpentine a couple of weeks ago. It's the sort of thing I'd like to like: representative paintings in a distinct style, but for some reason I couldn't get into it.

Web
How to construct an Emergency Party Button:
https://www.youtube.com/watch?v=nZIfIzNW9xM

Me
Went for another walk along the Grand Union Canal. (pics). Saw a nice potential lair for a small-scale supervillain: 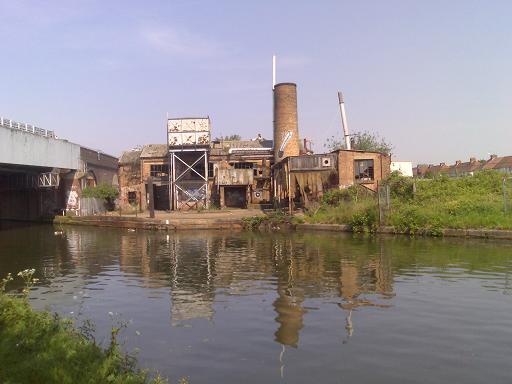 Also some goslings, but Cute Photography is a lot harder than I expected. Really need an optical zoom: this cameraphone doesn't really work for fluff unless you can get very close. 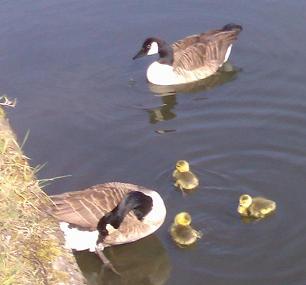 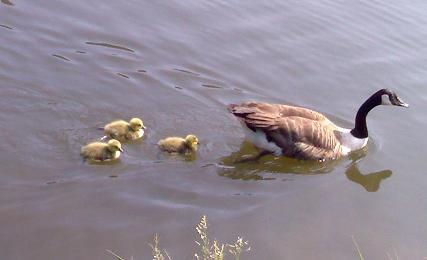 Felt tempted to buy a proper camera, but I suspect I'd only use it once or twice a year.