Runners up are clock, MisterQueue and then ucblockhead and misslake. Though hulver gets the honor of running the next one (as much as I could have been said to "run" anything).

Inside an image of the vote when I called it done. 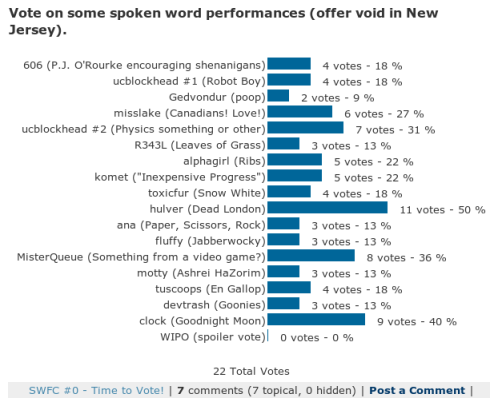