So now, for something completely different: a picture of my ass. After softball. iGrrrl infidel: I am not xenobombulating.


I started playing for my church team in the Boston Metro Church League a couple of years ago. The first year, I broke my wrist. The second year, I got a few scrapes, but nothing serious. This year, I have oozed pints of lymphatic fluid from my wounds. The first I got sliding into second base on astroturf, and then I scraped the same place again, sliding into third a week later. I stood stoically on third base, blood running down my leg and staining my sock. A young woman in the stands handed me a handful of antiseptic pads (she was a camp counselor or something) and told me how awesome I was. It's now a lovely scar on my shin: 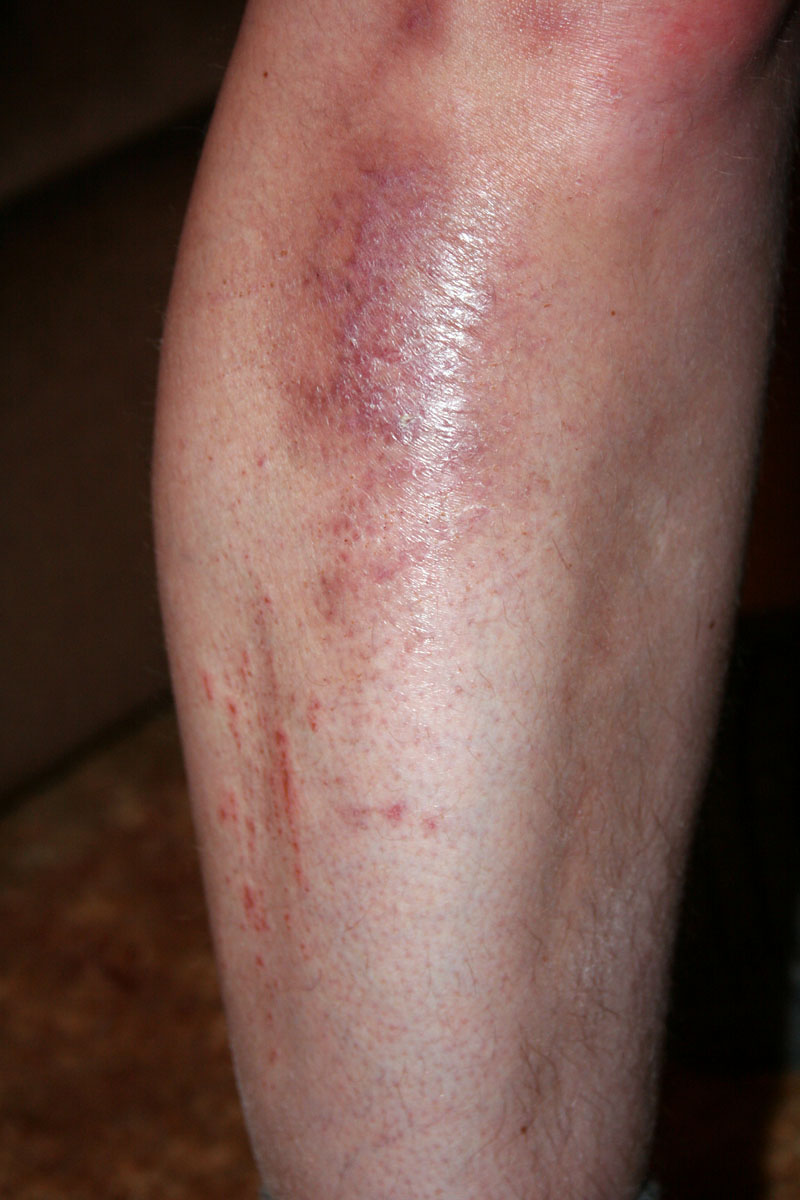 On Saturday, I needed to slide into second to break up a potential double play. By, you know, taking out the short stop at the ankles. I really didn't want to slide on my newly healed scar, so I slid a bit higher. This is what happened: 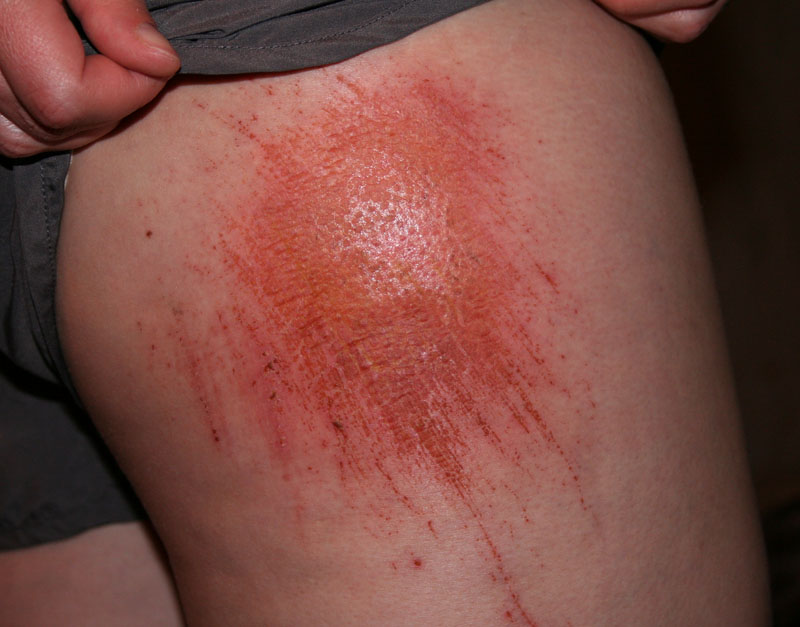 There were no cute girls telling me how awesome I was after that slide - just people cringing and saying "ew" as the blood and fluid soaked through my shorts and onto the ice pack of frozen peas the team nurse handed me. These pictures were taken tonight; the game was on Saturday. It still hurts like a motherfucker, especially when I go from a standing to a sitting position or vice versa. The dog keeps trying to lick it clean ("Mom has a flavor!"), and the only comfortable clothes I have are not fit for an office job (ana's old Salvation Army jeans; my pajamas; my yoga pants). So today I worked from home. Tomorrow, I have a meeting, and I'll wear the baggiest almost-academic casual pants I have.


And sometime this week, I'll be purchasing some actual baseball pants. There's a double-header on Saturday, and I know that I'll end up sliding, yet again.

Today on irc, BlueOregon informed me of a wonderful thing called a "DOS emulator." Yes, I'd heard of these magical inventions, but I didn't know they could be used by ordinary mortals such as myself. But today, I downloaded DOSBox onto my iBook G4, and I played Master of Magic (also downloaded, since I lost the floppies or CD-Rom or whatever it was when my ex and I split up in 1999). Hooray for BlueOregon, and nostalgia is exactly what it used to be. I haven't quite figured out how to get the sound to work for Master of Magic, but as I recall, I wasn't all that impressed with the sounds when I played it on my old 386.