Take me back to dear old blighty

UPDATE Added a pointless poll about sci-fi music. Probably due to drink

Back from France (29 to give a more precise location). Will get around to diarising properly at some stage. Notable items to look forward to are: Meanwhile, still tired and disorganised. Didn't get in until nearly 1:00am last night and instantly regretted leaving that loaf of bread in the kitchen.

Small Boy is following an interesting line of logic. I got him a wakeboard, binding etc. off eBay  - because they were cheap. Not that cheap though. He's shown a relutance to have a go this year but he's not keen on the idea of me selling the stuff on. In other words, he wants to keep the equipment and not do the sport. Anyway, he's going to have another go tomorrow and it that doesn't work then I am going to dispose of the stuff. Anyone want a Hyperlite Motive 122?

Quick photo of Morlaix. Haven't had time to do anything with the rest. 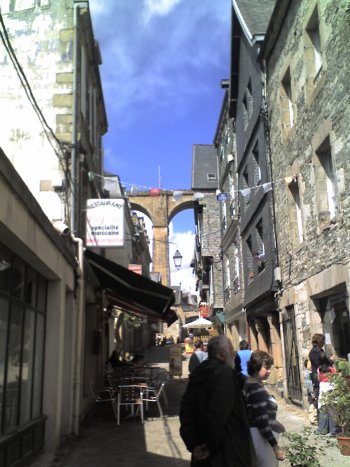