Hello again, my imaginary friends. It's been a while since you got a proper diary out of me, and it's been quiet around here, so I am forced, forced I tell you, to write one.

So, how's it going? Not bad, thanks for asking.

Money-wise, I now have my credit cards transferred to a 0% interest doohickey, and have moved to a new current account which offers me a better overdraft deal. I saved a fair amount of money last month, but sadly blew some of it on new walking clothes, for reasons detailed below.

Weight-wise, I've lost about a stone, but I seem to have plateaued again. I'm been slipping and guessing at calorie content recently, so I just need to re-discipline myself into actually reading labels, weighing foods, etc. But I'm fairly relaxed about it - the food I'm eating is good, and losing the weight wasn't that hard.

All in all, a successful first month and a half. Now I just need to keep it going for another year or so...

Yes, my transfer to a new job has finally come through! I started in this new role at the start of August, and have been kept nicely busy since then. The task is quite interesting, though I suspect more through being novel than anything else. I'm only here til the end of March, and ideally I want to have found a new job by then, or I get stuck on a redeployment list.

So there is a vague level of urgency in wanting to find a new job. To be honest, I don't think I want to stay working for the same organisation. They pissed me around something rotten over this whole mess, and while I can't fault that they did eventually get a solution, it took them 3 months after I told them I felt I was in an intolerable situation, which is a bit shit. Bah, humbug.

I am wondering, though, if my basic problem is that I just don't like work. I have been looking at ways of starting my own business, but to be honest I'm not sure I have the right mindset for it. I'm terrible at selling and self-promotion, which would be bad traits if I ran my own business. However, there is always the option of just putting myself through an agency as a contract project manager, so who knows... Basically, I have possibilities, and I think getting out of the situation I was in has enabled me to realise that.

I need a new bath mat. That's about it.

In my mission to be just like nebbish, I went walking in the Lake District last weekend with my dad. We stayed in Windermere, next to Windermere. Original, those Cumbrians.

Saturday, we had a low-level walk of about 13 miles or so. It rained. All day. My legs ached, my feet were sore, I had a blister that burst half way round, leading to excruciating pain for a couple of hours.

And it was great, I loved every moment of it.

Sunday, we drove over to Langdale and walked up the valley and back. Again, mostly low level and gentle. I actually got a couple of photos on the Sunday, as it didn't rain as much. 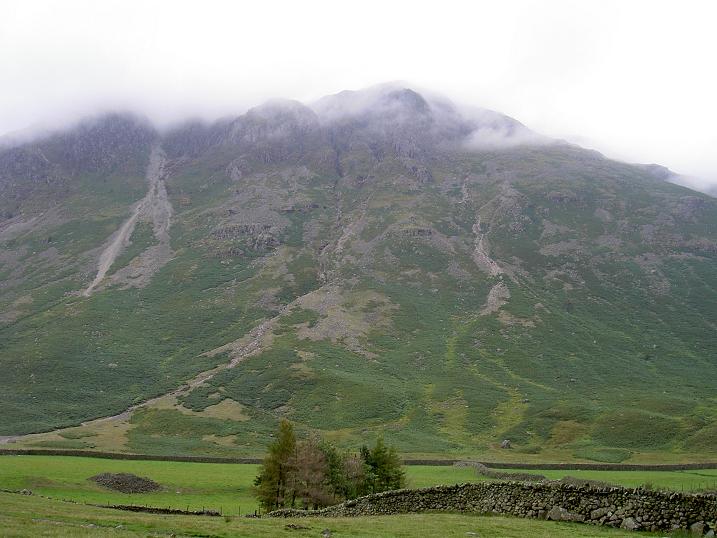 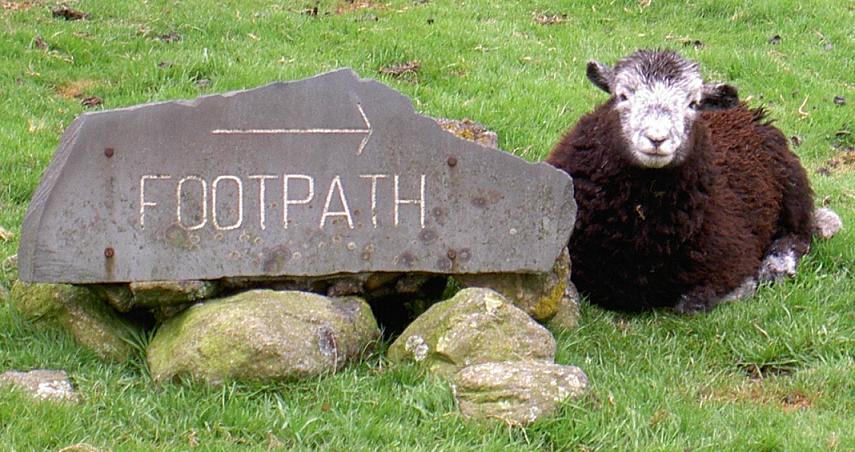 Naturally, as soon as we staggered back to the car on the Sunday (I was already stiff and tired from the day before) the sun came out, so we left the Lake District in glorious sunshine, which we had failed to see at any point beforehand...

I really had a wonderful time. As I mentioned to my father, the reason I wanted to get back to this was that when I did the whole Zen meditation thing (which I still occasionally do) I found that the peace you are looking for, that total immersion in the now, is very good for me, but I can only get it for a few minutes that way. Whereas I feel like that all of the time when I am walking.

I'm going to the Peak District this weekend. Forecast: Rain. I don't care.

My legs were still sore up until yesterday. The spot where my blister burst is still painful. Just thought you'd like to know.

I've been playing far too much Eve Online the past few days. I'm such a geek.

I've been plagued by really bad music running through my head the past few days - It's Raining Men, Ooh Ah Just a Little Bit, and such like. Really annoying.

Feeling much better in myself thanks to Operation SYLON, the new job and the walking. Actually feeling pretty cheerful about life - I'm still an embittered wretch when it comes to relationships, but other than that I'm sweetness and light. I'll try and be more cynical to try and make up for Rogerborg's slackness at the moment.