By CheeseburgerBrown (Wed Aug 23, 2006 at 04:58:09 PM EST) The Pains, johnny, novel, 1984, Orwell, drawings (all tags)
Our mutual friend johnny is trying to crank out a new mind-bending novel, and he asked me to draw some pictures. The novel is called The Pains, and it takes place in an Orwellian 1985 stewed up all fancy by johnny's brain.

To inspire johnny in his efforts I would like to do my part to kindle interest in the project, so more people can bug johnny to keep posting chapters.

In that spirit I invite you to have a boo at some of the pictures I've prepared to date.

The first illustration is the cell of Norman Lux, a novice monk in the Freduit Order. You can tell a lot about a man by looking in his cell. 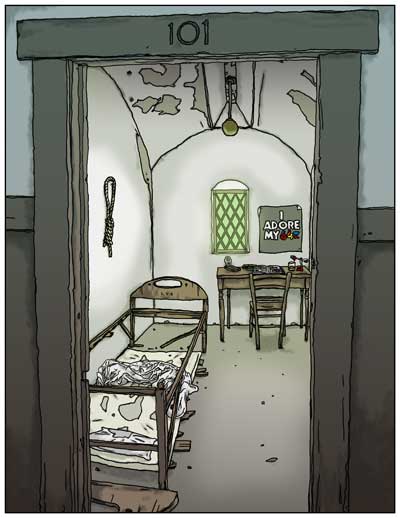 The next illustration depicts cryobiologist Xristi driving her craptastic Volvo past a talking billboard, not giving a punk-ass damn about shit. 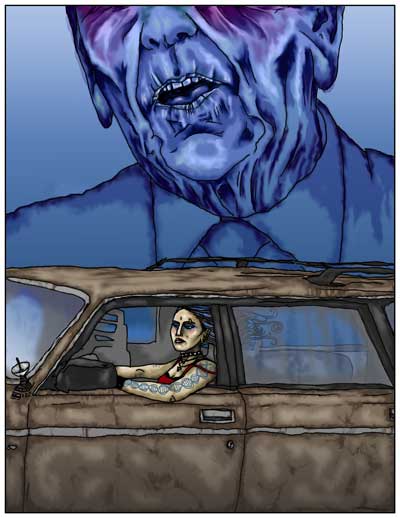 This is the local penal concern. Please note the gay stormtroopers. 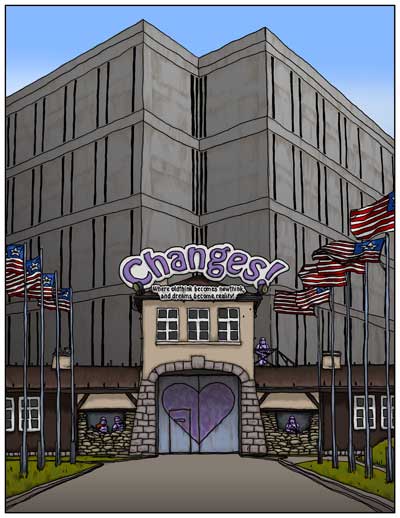 This is johnny's favourite. It depicts the frozen head vault, in which Xristi considers the cryogenically chilled noggin of Fred the famous martyr. Other heads in the collection include Jesus H. Christ and Littlestar. 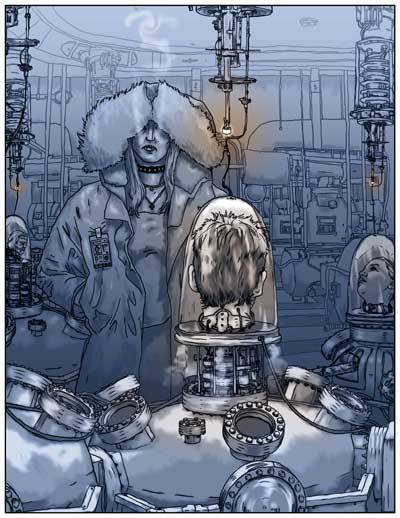 Here we see Brother Lux in the Changes! facility chewing the fat with an infamous dissident ex-Freduit known as The Eagle. Guard Carson Meyers keeps a close watch in the background. (If you follow my blathering you may recall the Scotch Museologist -- he's the model for the Eagle, but in real life he looks somewhat less malevolent.) 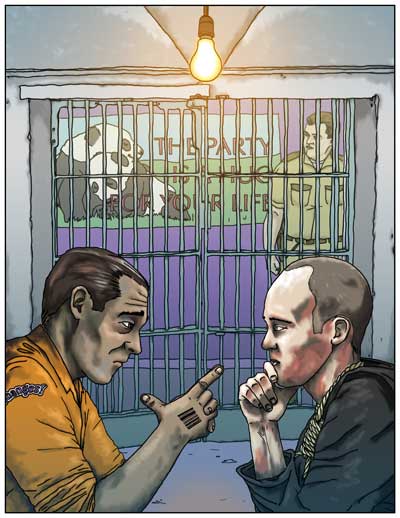 This is St. Reinhold, the mother church of the Freduits. The red cockmobile pulling away belongs to Carson, and the figure walking up the road is Brother Lux. The airliner is an Air India flight en route to Bombay. 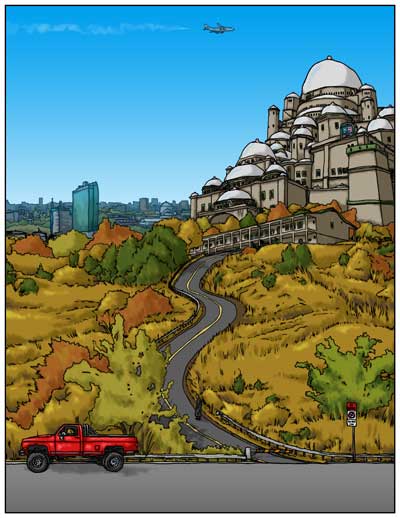 Next we see Xristi and Brother Lux having a chat at a local soda shoppe. On the telescreen Ollie North is performing the Top Gun theme via a remarkable combination of humming and bleating. 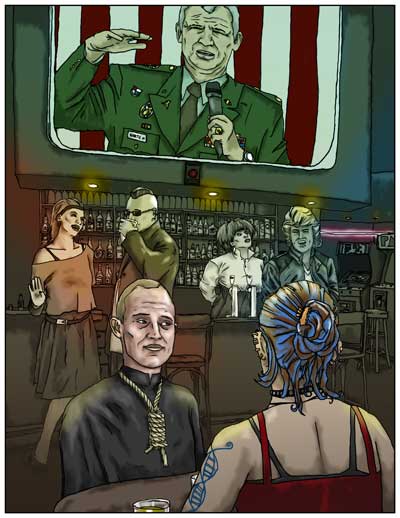 Brother Lux dreams of the Holy Tug that awaits him upon ordination. I reckon he wakes up wet. Depicted in silhouette is the martyrdom of Fred, prophet and all around nice guy. 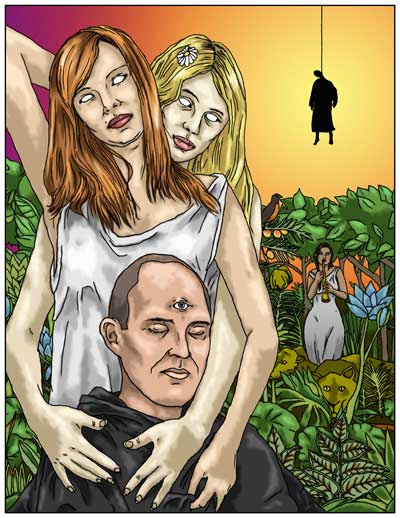 The next two illustrations are missing: one because I await johnny's final specifications, and the other one because it has proven really hard to draw.


The final illustration depicts Brother Lux's connection with the infinite. Having solved the riddle of the Pains he has ascended into a higher form of Norman, with all the sparkly lights and boundless consciousness that entails. 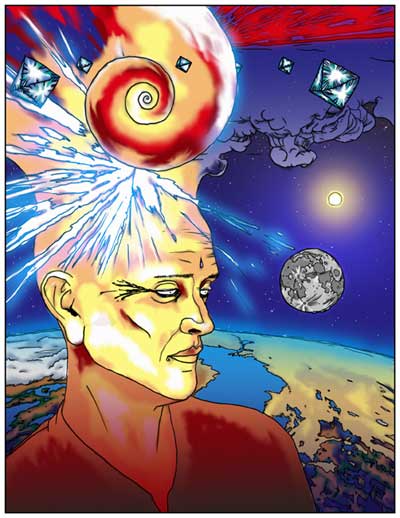