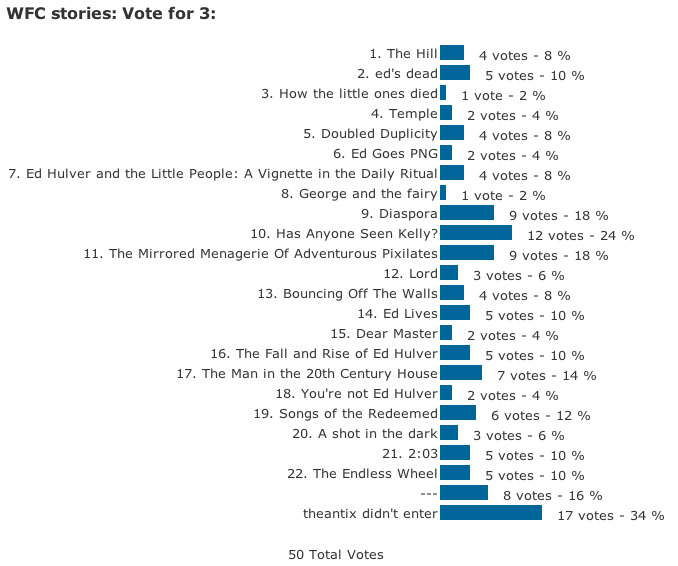 We should do this again sometime.

I'm hoping 256 will now reveal whose story is whose.

Uh, ixnay on the inway thing, but hey.

By special dispensation from Ed Hhulver his own self, we get 22 choices in polls (for now, at least) and as it turns out, there are 22 entries.

I suggest you vote for no more than 3 stories, but of course I can't stop you from voting for as many as you like. There's even an "I hate fiction" entry, which you'll have to find for yourself.

Here we go then:

And you can also vote for the album cover, in a separate diary which I'll be posting next. The cover voting story is here.

So stop what you're doing, read all this stuff, and VOTE! I'm dying to find out who wrote what, and we don't get to know that until the voting is done.