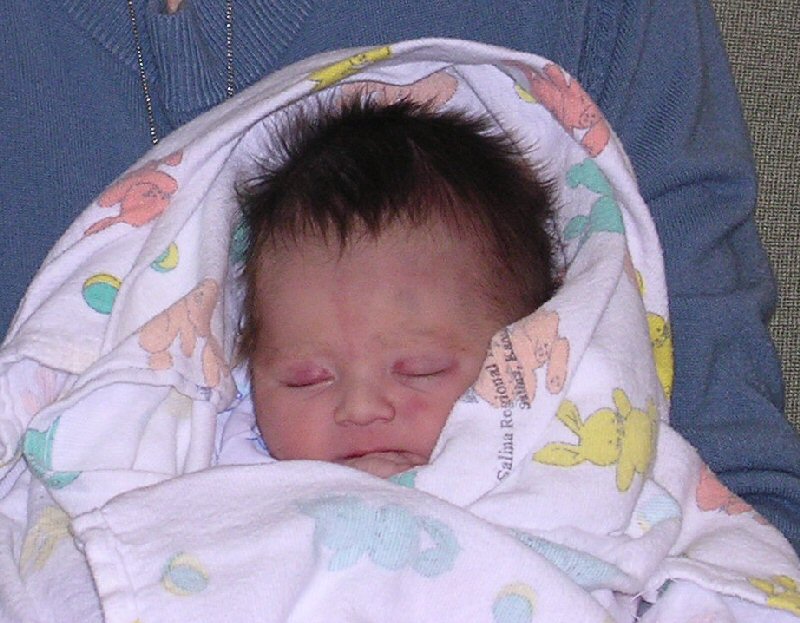 He was a few weeks early. Linda was having some problems with blood pressure the weekend before, which turned out OK, but she was dialated and some other big fancy medical word, so they induced the following Tuesday. 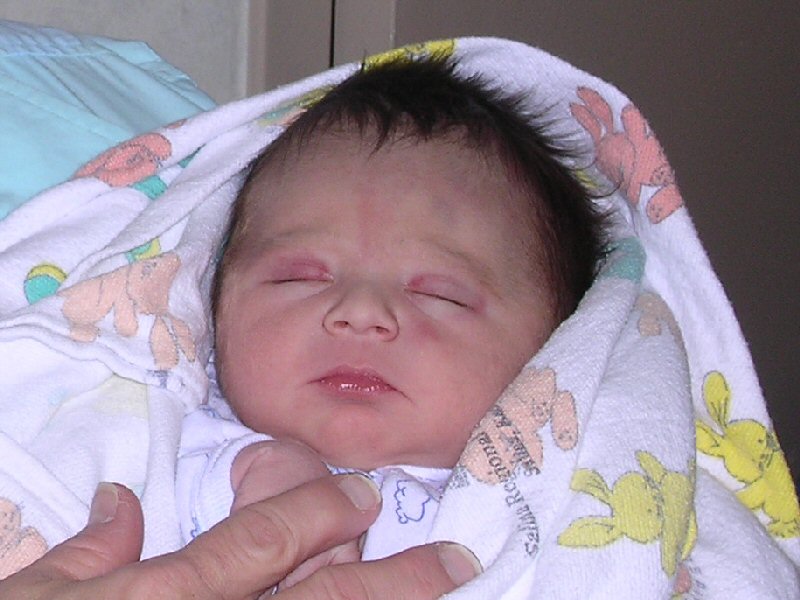 Last weekend they had to take him back to the hospital as he wasn't nursing well and had lost some weight. Jaundice. He was under the lamp for a couple of days and they gave him some formula, and he perked right back up and by all accounts is doing swimmingly right now. 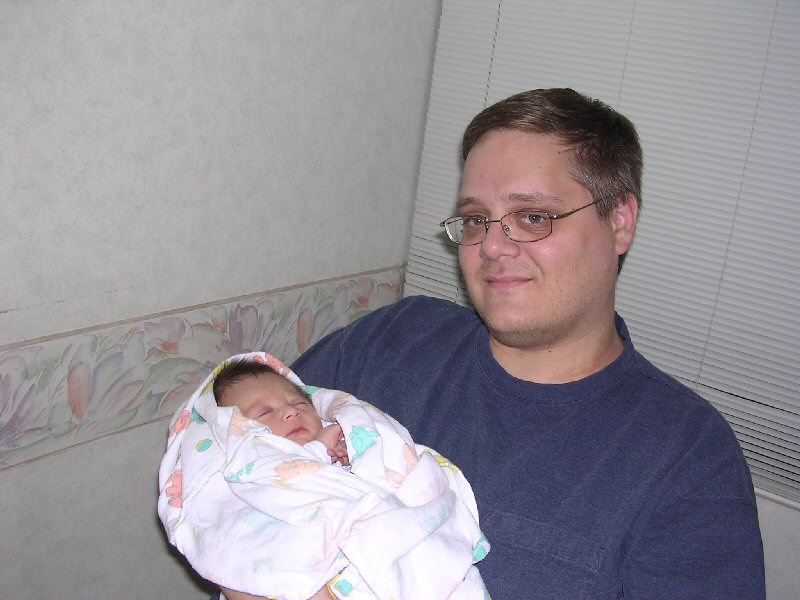 Yes, I know, I should have shaved.

Side Note I love how Microsoft Windows Update can't even install nVidia drivers correctly. I just foolishly relied on it to install drivers for the video card and ended up with 640x480, 4 bit color resolution. In one way I'm actually impressed; I didn't even know WindowsXP had support for 4-bit color. Still, I mean it's not like nVidia themselves release a standard, base set of drivers that work for pretty much every nVidia-based graphics card ever made, right? Oh wait a minute, they do. Way to go Microsoft.

Side Note Side Note You should see the classic Windows "clouds" background in 4-bit color. If I'd ever taken acid, I imagine that's what the world would have looked like.

- My friend Kevin was down from KC this week, a bunch of us went out and drank a few Thursday night. He's getting ready to move up to Idaho, where his wife took a job in January. He's been up there a few times, but for the most part has been in KC during this whole time getting their house sold and working his own job. I sucks ass whenever I'm up in KC for a week of training, I can't imagine being 1200 miles from Jenn for 3 months.

- Ugh. 4:00 and I'm still installing XP updates. I was hoping this reload wasn't going to spill into tomorrow but I really don't want to be here past 6 tonight, so it looks like it might.
Thrilling up-to-the-minute update Updates are done. Time to start installing software, which actually requires a bit of attention. Which is OK since I was out of stuff to put in here anyway.