While solving a Perplex City card, I stumbled onto a photoshop filter I am quite taken with: 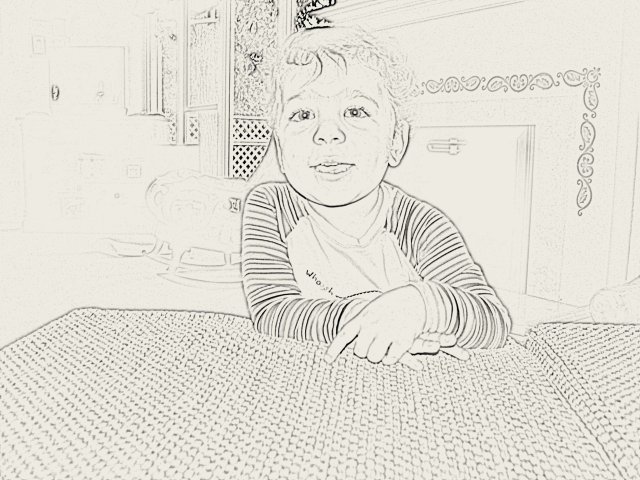 I'm enjoying the game itself, though it sucks down money and time.

I met with MisterQueue, mns and R343L and lived to tell the tale. I won't repeat what has already been said. Watching mns and MisterQueue interact is worth the price of admission. No drunken diaries from me, though, as I left at the early hour of 11 pm to return the heart and hearth.

Q looks like an insane clown. mns looks like a drunken sailor. Heaven knows what happened after we left.

In the middle of the above, I installed an "easy-to-install" closet organizer for my wife, who had run off to do girlie things. The FoML had just gone down so I figured I had the time.

It'd be a lot easier if my house had studs the standard (for the US) 24" apart...instead, they are 16" apart, which makes things problematic in a 5' wide closet. Worse, they don't appear to run the height of the closet, which caused some profanity.

I get it figured out, start drilling and...dead battery in the cordless drill. I call the contractor next door, borrow his drill, drill two more holes and that battery dies. Call him again, help him load debris into his truck, get another battery and continue on. Then the FoML wakes up, groggy and cranky. Decide to parent with TV, get him ensconsed before Dora and continue on. (Thank Gord for PVRs.) And then break a drill bit. Fortunately, the contractor's drill is powerful enough to drive the screws without pilot holes.

M wife arrives as I am putting the last of the adjustable shelves in in the format requested and changes her mind. So I move the shelves. Then she starts to maybe change her mind again and I firmly suggest that perhaps living with it for a while might help find the optimal configuration. And keep me from losing it.

Now I'll post and go find out what is next on the list of the billion-and-a-half goddamn things I've got to do. Then I'll drink vodka and write hulver drunken snail-mail.