A Journey into Randomness

By MisterQueue (Thu Apr 20, 2006 at 05:17:07 AM EST) travel, california, why are all midgets so small; so very small, backoff, I have a shrink gun, things are tastier when they get that golden brown skin you know what I mean, nightmarish visions of reality (all tags)
Just various things, mostly related to trips and the like.

Poll: How many times have you done this thing that you do?


"What time do you need me here tomorrow?" I asked the guy who I am covering all next week.

"Uh.. well 8-5 because I don't really sleep much and I'm already two hours ahead in my mind."

Then why did you give me an option fucker? WHY?! Also, it's not like I can't live without you for a mere hour and verse vica. Needless to say I woke up at fucking 5 am and that is no way to wake up when in a hotel. The walls sort of blur and I verge on going all... fear and loathing style; good thing I don't know a "hookup" here. Whew.. NARROWLY AVOIDED THAT ONE YOU FUCKS.

So.. being up at 5 sodding 30, I determined the best thing to do was to just get on Highway 80 west and see where it leads. It apparently leads to Davis where wireless internet is fucking everywhere... seriously. I scanned for networks and I've never seen a list this big. It must be nice living places where you know the Internet is always there; waiting to cuddle you.

Now if only I had a laptop all the time on top of that. It is basically a bad idea however, as I would post things like

Anyway I'm outside of some coffee shop having just finished a banana and berry muffin and having a non-fat mocha no whip. I like to do these things after a night of debauchery because it's fun to play yuppie for a bit. Lookit me, I am a big boy now with my power breakfast typing on my laptop on the sidewalk. The cool morning air is kind of nice though and the fact that things are a lot less smoggy here is also a grand thing.

Sacramento sits between the coastal mountains and the Sierras; both of which you can see at any time. It leads me to feel as though I'm in a bowl... like some sort of Cap'n Crunch floating (and that's not necessarily untrue as with all the rain they've had here since December there's a lot of flooded areas around the river) in the grand cereal bowl of life; but I will not cut the roof of your mouth.. unless you ask me. (Also, I have a tendancy to get soggy.. IF YUO KNOW WHAT I MEAN!)

It is odd seeing mountains again. The other day I woke up and looked toward the Sierras, and as I did so I thought "Wow.. those are oddly shaped clouds" Turns out it was the snow-peaks and it was just a bit too early hazy morning style for me to see the rocky part under the peaks.

I keep having to remind myself to be in the moment. I am practicing Taoism for the next week and a half. Saying things like "Now I am sitting in my hotel and it is now. It is always now. It was never then and it never will be soon, it is now."

I say these things out loud; I suspect people are beginning to think I am vaguely insane; they are right of course (half right). And no, I'm not vaguely... just vague.

Dammit, started to drive off that cliff there, back to the Tao.

I have no idea what is going on with my hair today. It is currently dyed fire engine red with little flecks of black in it (it looks like my head is on fire when I spike it), but for some reason today I look as though I am a member of the lollipop guild. Oh well.. I am not out to impress anyone now. I am now finishing my mocha. It has been 6 minutes since I started this diary.

I just swatted a mosquito, at least that's what it looks like; I do not know the insects out here; this is not a thing that I know.

Much to the chagrin of various people on IRC, I found the RedRum burger here.. it is not open however and I am not certain that is a way to start the day anyway.

California is always weird to me. Not in that "Oh man California is So weird way; just in an unnervingly off kilter way. It's like visiting Canada... everything is... sort of the same.. sort of.

3 things I was happy to see when I got into town:

IKEA (even though I hate that fucking place)
FRY'S (I will be staying vigorously away from this place)
Murphy's Take N Bake Pizza (If my hotel had a kitchen I would totally have picked one of these up, it's like 3 blocks from where I'm staying.)

Attention to the girl who just walked out of the store: Dear, you have a nice bottom; of this I am sure you are aware, however, you do not need to wear white sweatpants with black underwear to call attention to it.. it just.. it looks gaudy is all I am saying. Also, do something about your hair, it's all... jumbled.

So, anyway, back to better things. Tomorrow I am in Concord CA for the morning, then I will head to SF and check into a hotel I could not afford if the company wasn't paying for it.

Hrm.. work is about 20 minutes away from here and it's only 7:10. Dammit.. what am I going to do for an hour an 50 minutes? I thought this diary would take a lot longer.

Hrm.. time to burn a cd. (Thank you little laptop. Thank you.)

P.S. Diary fight between me and Sin Tax coming next week: be there or be.. oh who am I kidding.. you will be there you have Nothing else to do! 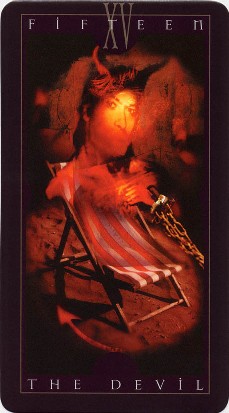