Saturday was the neighborhood association fundraiser thingy. It was an okay time. I really have so little in common with those people that it's hard to have much meaningful conversation. That said, most of them are nice people. Mostly. They are pretty generous with their money, too, and my summer bike ride came up a lot (like I said, there are very few topics we can talk about), and most of them pledged to support me again, so that's good. There's one woman there, though, who... I don't know. Maybe she has to give a dig to everyone, or maybe it's just me. I think it's everyone, frankly. She was in a book group I was in for a while, and when it was my turn to pick a book, i chose Maus by Art Speigelman. I picked is specifically because it was a graphic novel adn I was getting pretty tired of the Oprah type stuff they'd all been picking. And since it had won the Pulitzer, they couldn't dismiss it as a fluff cartoon. As it turned out, they really liked it. Except this woman who absolutely hated it because the Jews were depicted as mice, and mice were vermin. That's as far as she was willing to consider the book. So anyway, we were chatting about the cycling, and she said "if you do all this cycling, why aren't you thin?"

My cousin stopped by on Saturday on his way back home to Vermont from Rhode Island where he had just picked up his brand new puppy. Eight week old German Shorthair Pointer. It was a traumatic day for the poor thing. Pulled from thi litter, hours in a car, walking on the brick sidewalk, the hours more to VT. My dog wasn't happy. He was actually panting, which is something he only does when he's quite upset. Puppy getting all the attention! Imagine! 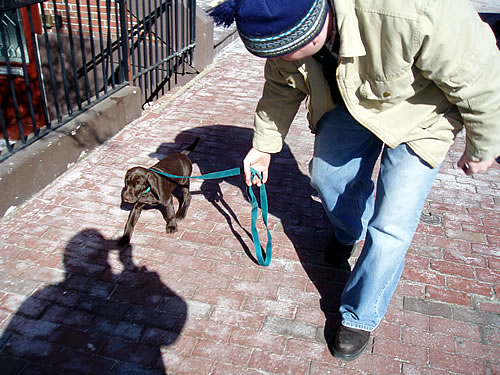 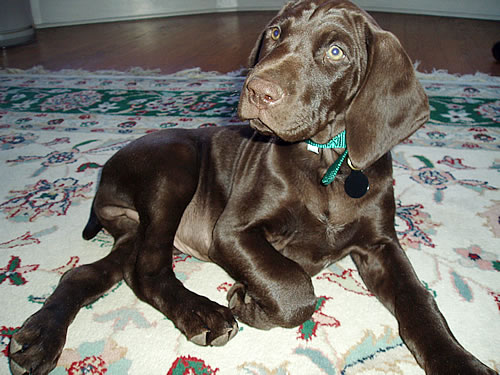 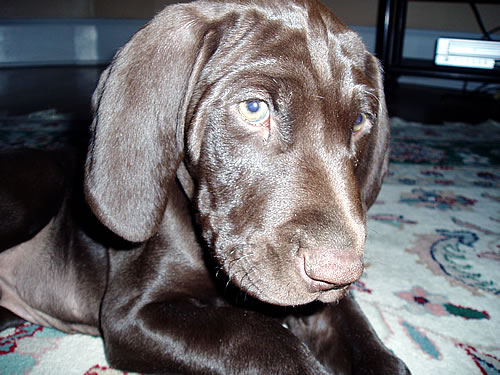 Husband Tony Wendice (Ray Milland) discovers his wife Margot (Grace Kelly) is cheating on him with murder mystery novelist Mark Halliday (Robert Cummings) and decides to do her in. He coerces the help of a an old school acquantance (Anthony Dawson) he hasn't seen in 20 years who bungles the job and ends up dead by his wife's hand. So rather than actually having his wife killed, the husband decides to let her go down for murder. One day from execution, the murder by proxie plot unravels.

Outstanding in every way. True Hitchcock magic. The story, taken from a popular stage play of the same name, is recreated faithfully in the film, rarely leaving the couple's living room. The tension is palpable. His perfectly plotted murder scenario is knocked off the rails time after time, yet he manages to get it back on track each time. He counts on her listening to a particular radio program, but this one time she doesn't want to listen to it. He counts on her staying home but this one time she wants to go out. He plans on calling her at 11:00 sharp, but this one time his watch stops. He tries to phone home but the phone booth is engaged. Great stuff.

The special features said this was made as a 3-D movie, and once you know that, you can see it. Again, to Hitchcock's credit, it looks as if the 3-D was done fantastically well. Rather than the kitschy gimmicks from creature feature movies, his way of doing it made it integral to the movie and didn't pull you out of the story. As I say, it was only noticeable once it was pointed out. (The only other movie I've seen that did 3-D this well was Inferno . It would be nice to be able to see these in 3-D again. I wonder why they're not available on DVD? If they can have widescreen and cropped, surely they can add 3-D.

Took a short ride on Sunday, only about 15 miles. Cold and windy, but sunny. I'm ready for Spring.