One boy and his dog

All good. Sister's wedding went well, two days hard drinking, catching up with old mates and having a laugh with recent ones. Great idea of my sister and brother-in-law to get a decent DJ - slow dances were Carly Simon "Why" and Raze "Break for Love" rather than the usual crap.

I'm really happy at the moment. I've got on top of my finances after struggling with them all year (looks like I can afford a holiday this year, which is unusual), been told on the quiet I'm getting a pay rise just for being so great, I'm getting loads of writing done and sent off so have future hopes, girls-wise things aren't the usual unmitigated disaster (irons in the fire rather than anything too exciting), and, I dunno, it's spring and I've got my mates around me and I'm just happy. Sorry if this is making you sick, but I'd like to share that it really doesn't take much.

Watched Bullet Boy last night. It follows two brothers in Hackney, east London, one young and at school, the other just released from prison, negotiating the tensions and difficulties of growing up in a poor, crime-ridden area. I may be wrong, but I think it's the first movie to tackle the growing problem of gun crime in British black communities.

The main plot of the film follows a spiraling argument between two young men, not friends but known to each other, over a broken wing mirror, and how it takes on a momentum of its own and spirals out of control. The film shows attempts at negotiation and mediation that fail due to a reluctance to back down and lose face on either side. Glad it took this route - most gun murders in the UK are over crap like this rather than drugs or robberies.

There were some missed tricks. Guns could have come into play much later (usually in this country where handguns are illegal and hard to come by, they are a last resort and sourced with great difficulty), a factor that was hinted at on one side of the argument. I think keeping it simple would have worked better - the tangled plot lines in the second half of the film muddied the waters a bit, although they did bring in a much broader moral scope.

The acting was low-key, subtle, very good considering the inexperience of the cast. And it's beautifully shot, summer in Homerton, on Hackney Marshes and up Lower Clapton Road in all its glory, which surprisingly isn't that bad a place to be on a summer's day.

Mystified as to why the reviews were so luke warm - it's a brave, intelligent film, flawed, but then what do you expect from a first-time director, first-time actors and a shoestring budget?

Finally got my DS. Aesthetically it's actually quite a nice little machine, functional but then that's Nintendo all round. Reminds me a bit of the original Gameboy Advance, which apart from the unlit screen was far better looking than the SP. Anyway, glad I didn't hold out for the new version, which just looks like a fake iPod.

Started out with Mario Kart and Nintendogs. Although I haven't played online yet, Mario Kart is excellent. I'm bored of the single player now but wireless multiplayer is a great laugh. Unfortunately, on download play (where your opponent downloads software from your DS and doesn't need their own copy of the game) you only get 8 tracks, which sounds like enough but isn't really after a few goes.

Nintendogs is a great way of showing off the DS's capabilities but lacks shelf-life as a game. I'm glad I got it though, it's very enjoyable and the voice recognition aspect is impressive and fun. Haven't quite got used to bellowing "SIT!" into the machine when on the bus into town as yet, so haven't progressed much. There's a surprising bit of Best in Show style humour in the competitions, Nintendo of America showing their translation skills again (Animal Crossing is also hilarious).

Started with a Pug and called him Boris, after my mate's Pug, who died last year. You should have seen my mate's face, he looked like he was going to cry, petting a virtual Boris trapped behind a tiny screen. I've been reading too much Philip K Dick recently and it freaked me out a bit.

Not sure what to call the other dogs as and when I get them - thinking of calling the Labrador "Blood" after the dog in A Boy and his Dog (was it a Labrador? I was about eleven when I read it and can't remember), and the Husky "Buck" after the husky cross in the Call of the Wild. Dunno about the others - suggestions welcome. There's a Dachshund, Beagle and Shih Tsu to be getting on with.

Whilst we're on pets 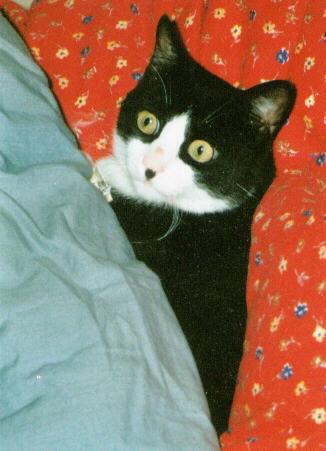