By haplopeart (Wed Mar 15, 2006 at 09:01:10 AM EST) Nuclear, Vacation, Seattle (all tags)
I recently took a vacation with my wife in Washington state.  It was a good vacation, however along the way it made me think.

What strikes fear in a peoples hearts...


I consider myself a fairly modern person, I have faith in the technologies that we deploy in order to support life in the style to which we are accustomed.  However during one part of the vacation I had occasion to question that general faith.

We started the trip in Seattle visiting my sister in law's new expanded family.  The little one was well, new mom and dad were stressed as per the usual.  We thought the new addition was fairly normal for a new child.  They thought it was a terror.  But I digress thats not the real topic of this thought.

After a couple of days we went on to our second destination a spa on the Washington Oregon border.  To make this transition we hopped on the Interstate 5.  Somewhere along the way on 5 we passed the site that for the first time made me actually question our modern technology.

Along 5 off in the fog and haze of the day stands perhaps the most massive and awe inspiring site I have seen.  There stands the cooling tower of a Nuclear power plant.  I have seen such before living in MA we have near by the Pilgrim Power plant and Seabrook.  However neither has a cooling tower on the scale of this distant sighted monster.

I found myself thinking in the 5 minutes or so that it took from first sighting and then leaving behind this monster.  I thought perhaps despite my belief that be need to ease the reliance on fossil fuels and move to other energy sources, like Nuclear energy; perhaps if I had to wake up each day and see this sight perhaps my belief would not be as strong that nuclear might be an answer.

I have seen some large and wondrous sights in my life, however not until this one have I felt a dread of ominous potential. 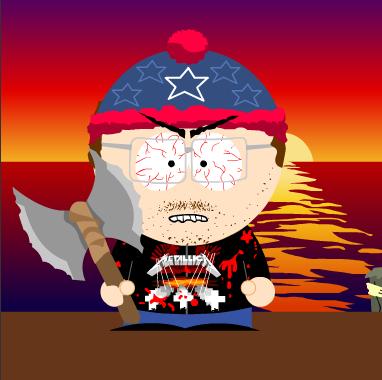