By thenick (Sat Mar 11, 2006 at 03:17:29 PM EST) Toledo, military, defecation (all tags)
Following an afternoon at the Toledo Museum of Art I decided to treat myself to some Packo's dogs,  and to get there from the museum I'd have to drive through downtown.

Everything was going as planned as I turned right onto Adams from Ontario. Just a block later, I'm greeted by a soldier pointing an M-16 at my car. Immediately I defecated myself and slammed on the brakes. He came over to my window and let me know that the Army was running exercises in the downtown area again, to which I responded by offering to play the insurgency, since I'm an expert with fireworks. He regretfully informed me that they've already got that covered, but to check back in next time. Before scurrying off to devour a chili dog and a plate of fried pickles, I drove around for a while taking photos of the first armed occupation of Toledo that I had heard of since 1835.


The following are some of the pictures I took while downtown. I was a bit uneasy at taking pictures of the soldiers who were involved in the exercise, but after seeing a number of other bystanders snap photos without incident, I pulled out my digital camera too. Due to the general suckiness of my camera when taking action photos, only a few shots were salvageable. Here's some of the best photos after some preliminary editing in Picasa:

The Humvees were in columns, racing all over downtown. Here they are heading southwest on Superior. 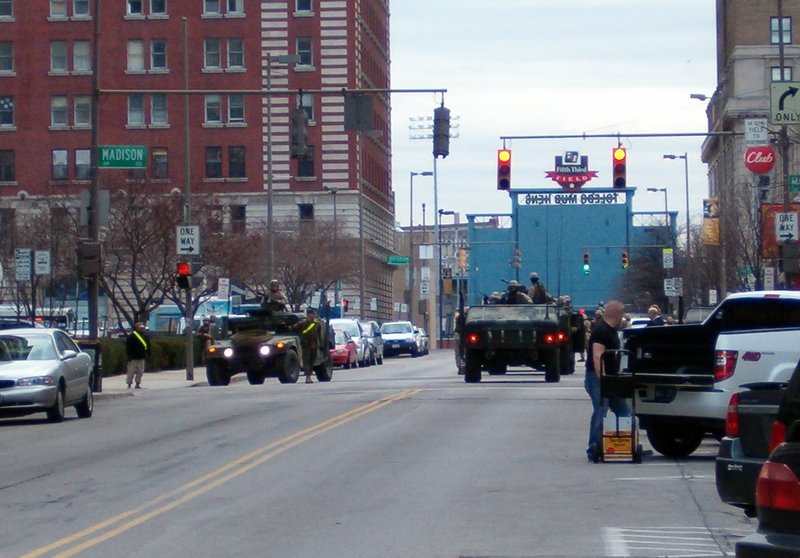 I got stuck at a light behind a Humvee with a large soldier manning a large machine gun. 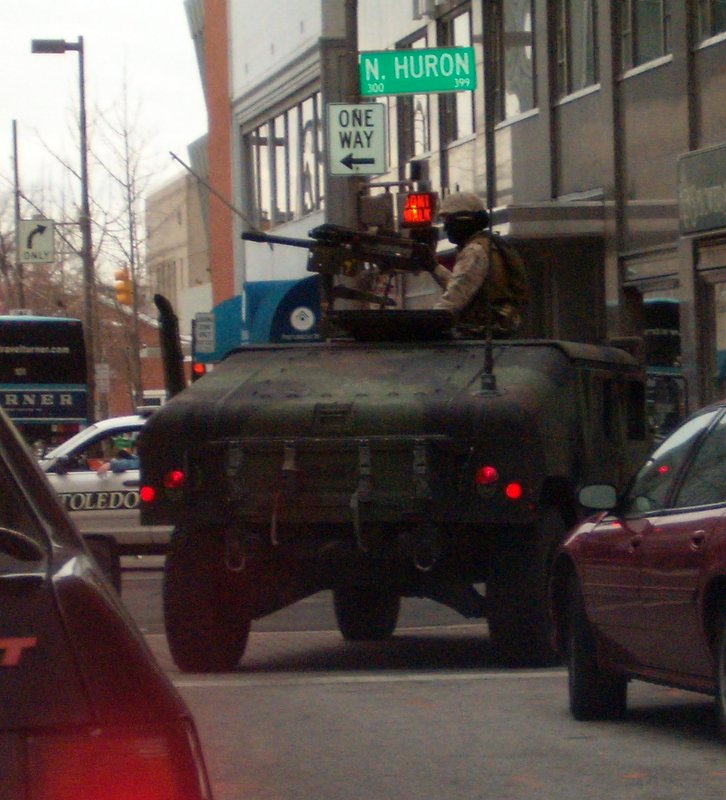 Don't worry, the Quiznos is still safe for democracy. 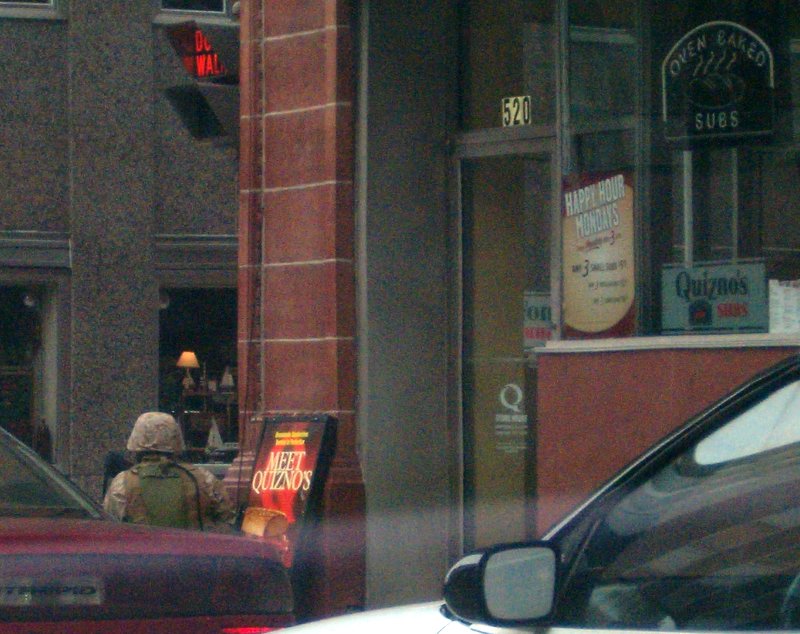 While in the past Toledo's downtown has been empty enough to hold these exercises, I doubt this will continue. There is an arena planned for a large part of the area the military uses in these exercises and a number of older buildings are being redeveloped into lofts and apartments, roughly doubling the downtown population in the next two years. Even today the drills caused problems for the thousands of people who attended the annual DIY showcase at the Seagate Center. But the military need not fret, they can always use downtown Flint.