MET UP WITH a couple old high school friends, G and O, for lunch the other day. I've mentioned G now and then in my diaries -- I've kept in touch with him more regularly over the years. I hadn't really talked to O in ages, but when we sat down we went right back into our old routines.

O always liked to explore the theoretical; when we were in high school, he'd constantly propose these bizarrely contrived hypothetical situations and press us to respond or form opinions about them. Sometimes it was interesting, other times, we'd just say, "O, that's stupid," but it wouldn't stop him anyway.

Like this: We sat down, opened menus. "So, when can we stop eating chicken?" O asked. Wha? "Because of the bird flu," he said.

"Well, I think G's already ahead of us," I said. G agreed, because he's a vegetarian.

After we'd ordered and the food came we got into a discussion about the Meaning of Life. This sort of thing happens naturally when talking to O. I think it came around like this: G brought up something he had read about this clock that was designed to run for a million years without any maintenance or human intervention, and was going to be buried somewhere for posterity. Something that was supposedly going to give people a sense of the future, because the popular sense of humanity's outlook is so bleak: when people look into the future a hundred, two hundred years from now, whatever they imagine, humanity's not in good shape, and has probably blown itself up many times over.

"So now, when we look into the future," I asked, "whatever else there is on earth, maybe the human race will be wiped out, but somewhere, we'll know, there's this clock that's still telling time?"

I proposed that a clock that doesn't need humans didn't seem very hopeful at all, but that I'd be more impressed if a group of people set up an old clock and committed to making sure it was wound each day. Which brought O to wonder aloud what the big deal is with immortality, or even with humanity's existence stretching indefinitely into the future. And whether there is a quantitative difference in meaning between the lasting and the ephemeral, and if so, why.

We meandered around for a while before O declared that meaning is formed by "authentic engagement in relationships." The only problem being we weren't able to measure this, or even put a finger on how to determine the authenticity of said engagements. O hypothesized by drawing a graph on a napkin: two axes, with two lines parallel to the x-axis, about one-third and two-thirds of the way up the y-axis. "I don't know what this one is," he said, pointing to the x-axis. "Maybe time, or progress, or whatever." He labelled the vertical axis Conflict. Between the two horizontal lines, he indicated, is where authentic engagement in relationships occurs. Too little conflict, and it's not meaningful. Too much, and it's too chaotic and destructive.

"I don't think you need that other axis," I told him.

G pointed out it was like something they'd talked about in his management class -- he's currently studying library science -- where the book said that a conflict level above 3 in a work environment starts to have a negative impact on office productivity. The only thing is, they don't tell you what constitutes Conflict Level 3. There is apparently no Beaufort scale of interpersonal conflict. "So we figured, if there is so much conflict that you're starting to see bad effects on productivity, you're at three." [Force 3 Conflict: Staplers and other small-to-medium size office supplies are tossed about the room.]

Anyway, I'd have saved the diagram, but later O dripped peanut sauce on it.

MEANWHILE, D HAS BEEN telling me for for a while about the gift he got me for my birthday. See, he ordered it weeks ago and all he would tell me was that it involved black silk. But it kept getting delayed, and he kept giving me updates as to its status, and reassuring me that when it came, it'd be really cool. I have this weird thing about expectations, and not wanting to build them up, so I didn't really want to have the status reports, anyway.

It became sort of a joke. Last weekend ordered himself a new power brick for his laptop, Fiona, which was something he desperately needed, and told me it'd probably arrive on Wednesday. Later that day, he said, "so I think your gift is coming on Wednesday."

"You got me a brick for Fiona?" Nothing says love like power supplies.

Anyway, on Thursday, it finally came, and I found out what the black silk was about. 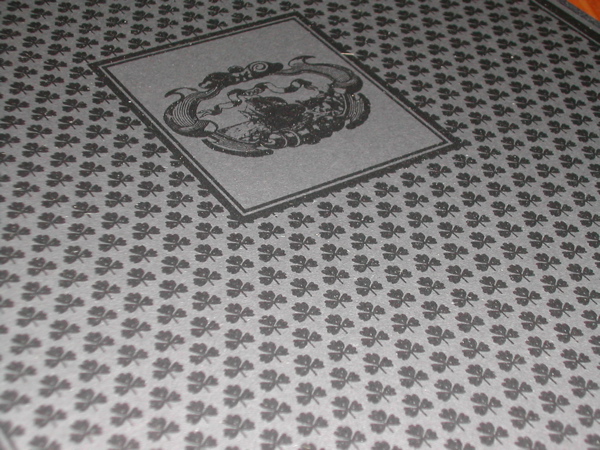 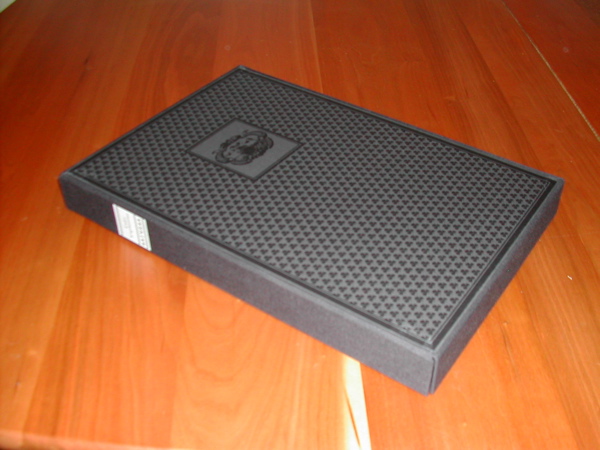 He got me this (pardon the pathetic photo quality): 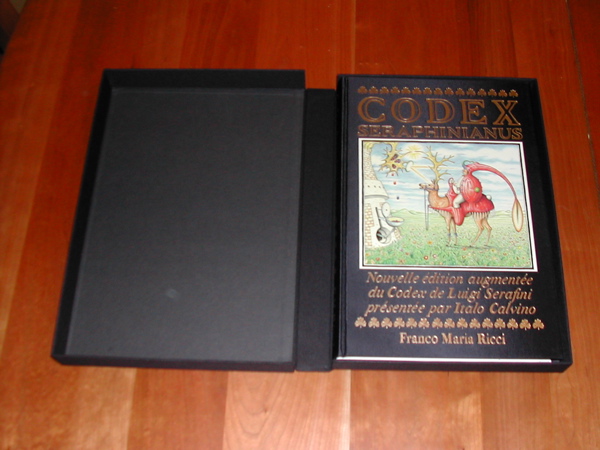 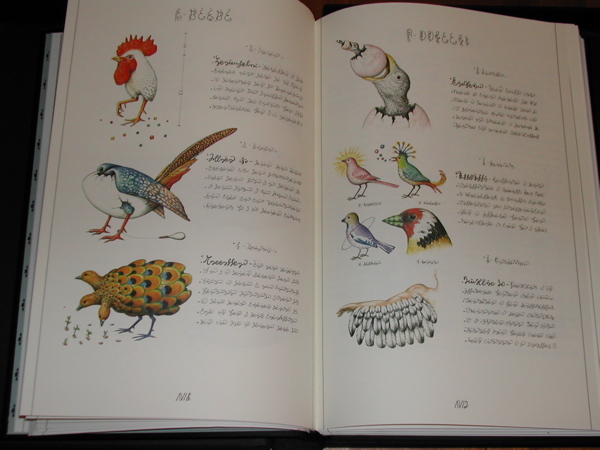 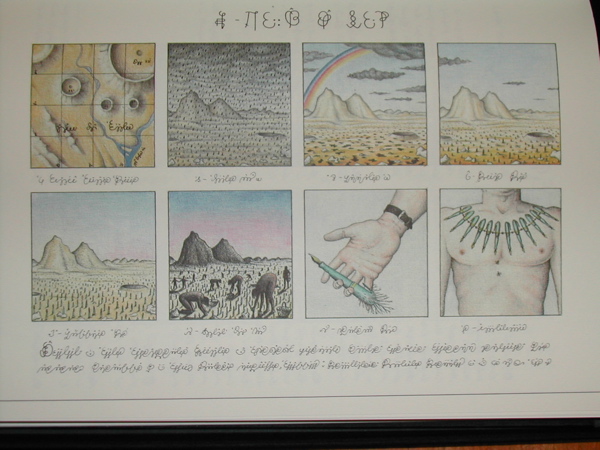 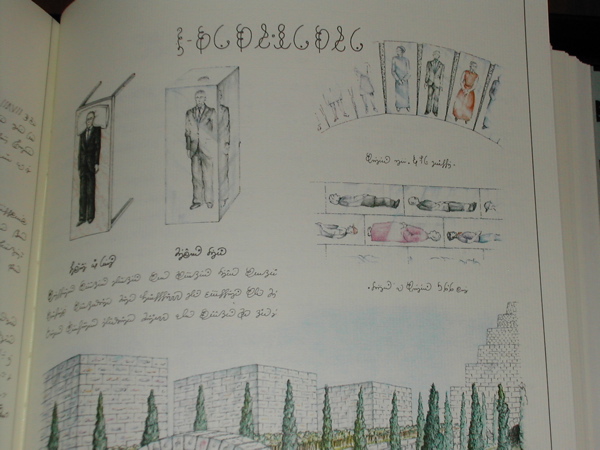 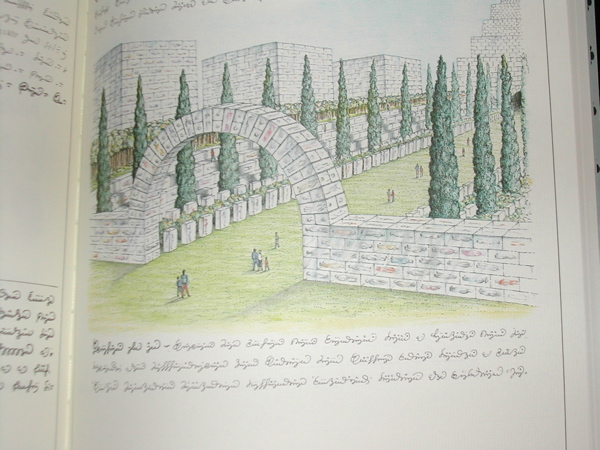 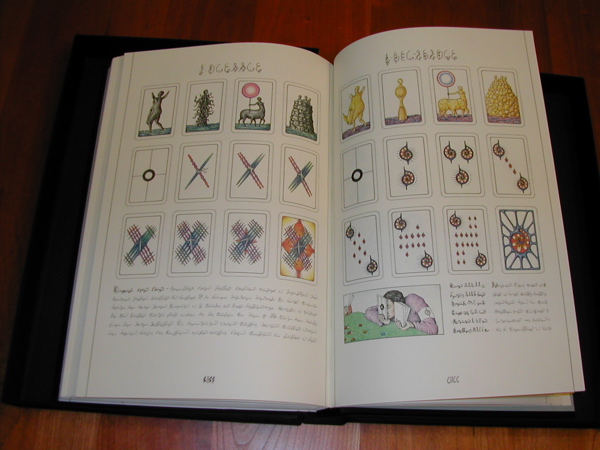 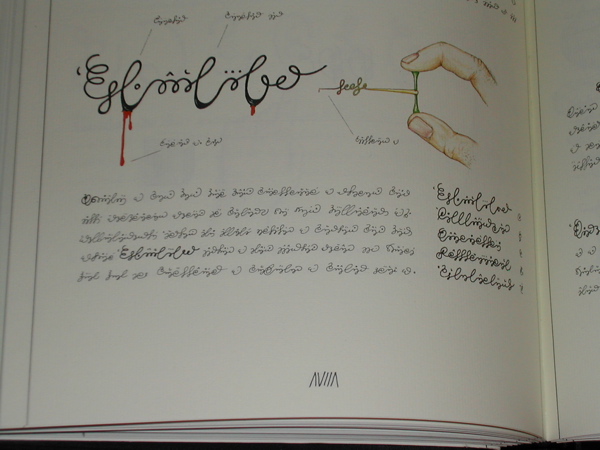 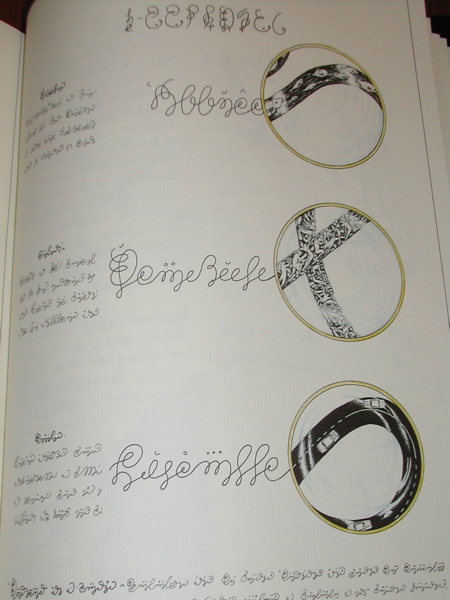 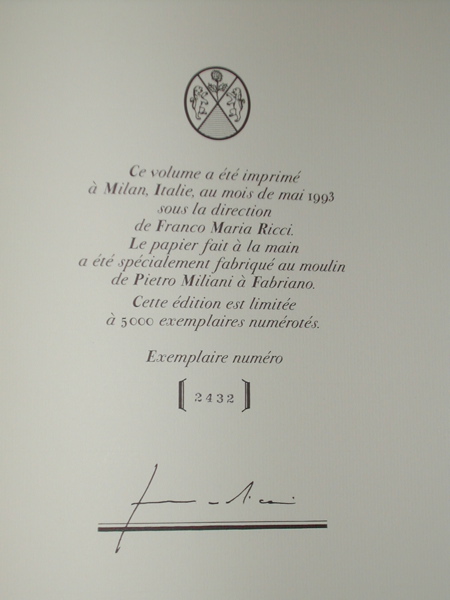 Which was completely not anything like I expected at all, but it is, in fact, amazing.

D AND I WERE SEARCHING in our bedroom for something earlier today, when D pulls out something and asks, "What's this?"

It was a metal ring I hadn't thought about in years, but I recognized it immediately. "It's a sundial. I got it in France." It was supposed to be a gift for G, originally. There used to be a painted sundial out front of my elementary school, out by the basketball hoops and four-square courts. G didn't go to the same school I did, and it hadn't even been there when I was in elementary school, but it was on the way from my house to the T station, so we sometimes walked by it. More often than not, this happened at night, and he'd stop, stand on the sundial in the spot marked for the current month, and read the time as indicated by the shadow he cast by the streetlight. If we were on our way somewhere in particular, he'd note, "Seven o'clock. We're not late." 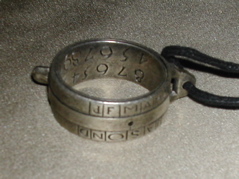