From Bad to Verse (or in reverse?)

The day in review: lunch at Cafe Continental with LS at noon (the place is a tad bit fancier than I recalled, but still reasonably priced; she was only a few minutes late; and the daily special—involving tender chicken in a nut sauce over a bed of rice and a crapload of broccoli—hit the spot); it is amusing in a way that someone named Ernst T. Krebs would promote Amygdalin as a cancer cure; I'm looking forward to seeing The Fountain; a friend sent me a 12-pack of Pirate's Booty—only 130 calories per serving (four servings per bag)—which I then shared with folks in the department. Yum.


Words: A tale of three books.

There was a point when I was conversational in Hungarian, but that time is long past, but when that time was not yet past I maintained certain ambitions and delusions—I would become literate in that language (I still have decades ahead of me, so not all hope is lost). Only years later did I begin collecting grammars and similar books. Instead I focused on easier prose pieces, such as the Hungarian translation of Winne-the-Pooh (Micimackó), and a collection of very short stories, Egyperces Novellák (One-minute Stories) by Örkény István (last name, first name).

“How To Use One-Minute Stories”

The enclosed stories may be short, but they offer full value.
Their advantage lies in the fact that they save time, since they do not require weeks or months of prolonged attention.
A one-minute story may be read in the time it takes to cook a soft-boiled egg or to wait for the operator to take you off hold.
Depression and shattered nerves are no obstacle. A one-minute story may be read either standing or sitting, in the wind or the rain, or even while riding a crowded bus. Most of them can be enjoyed while walking from one place to another.
It is important to pay close attention to the titles. The author has endeavored to be brief and has therefore not permitted himself the luxury of meaningless titles. Before boarding a streetcar, one naturally looks first to see where it is going. The titles of these stories are just as significant.
Mind you, this does not mean that one should read only the titles. The title should be read first, then the story that follows. Other procedures for using these stories are not advised.
A word of caution, however. What you don't understand, read again. If you still don't understand, then the failure lies with the story.
There are no stupid people. There are, however, faulty one-minute stories.

Last evening I got around to unpacking many boxes of books, and these One-Minute Stories were among the first removed from cardboard containment.

Several years after I had forgotten most of my Hungarian I returned to Europe for a summer of learning another language, and at the end of that program, after several days in Dubrovnik getting sun-burned, destroying a toenail, and eating really good and cheap seafood, I took a night train from Zagreb to Venice, then on to Milan, and then planned to continue to the Netherlands to stay with a Canadian and her husband, the Linux-curious engineer. I missed my first train out of Milan, and eventually reached the mother-in-law by phone to pass on word of my delay.

That afternoon at the main station I found a stack of red, thick, paperback anthologies of Italian poetry—Otto secoli di Poesia Italiana da S. Francesco d'Assisi a Pasolini—for a small enough amount of money (also pre-Euro, so I had some Lira of which to dispose).

(from Fuochi in novembre, by Attilio Bertolucci)

I can barely read—understand—these anymore, which is why I will switch to an English source.

One of my most recent sources of books is St. Vinnie's, which is down the street a few blocks, and while I picked up Byatt and LeGuin earlier this autumn, during one of my earlier trips there I put down $0.85 on Very Bad Poetry, an anthology edited by Kathryn Petras and Ross Petras (New York: Vintage, 1997).

Between Our Folding Lips

Between our folding lips
God slips
An embryon life and goes;
And this becomes your rose.
We love, God makes; in our sweet mirth
God spies occasion for a birth.
These is it his, or is it ours?
I know not—He is fond of flowers.

While reading some of the biographical sketches of the poets, I almost swore I was reading a CRwM WFC entry.

Tunes: I've been tending toward the classical side of things this week.

It's part of a trilogy, a musical trilogy I'm working on in D minor which is the saddest of all keys, I find.

As a diversion I present Great d minor Music—this is not a comprehensive list, and not each and every work presented here is on a greatest hits list, but most of these are immediately recognizable, and the rest are things you should know.

And for further 47 Music I recommend Beethoven's Sonata for Piano and Violin in A, Op. 47 ("Kreutzer"). My freshman year I checked out the sheet music from the music library so I could read along while listening. My recording of the first movement ran about ten minutes, or six hundred seconds. There were about six hundred measures in that movement in common time, with lots and lots of sixteenths, etc. For the violinist it is insanely fast.

I've always wanted to play it, but the Bach double concerto is closer to my league (and, the second violin can be played by a violist).

The canonical version of the joke, which I heard in a music history course in 1995, at which time it was attributed to PDQ Bach (I think he even told/performed it ... but I do not have this performance/recording), goes as follows:

A number of years ago, the Seattle Symphony was doing Beethoven's Ninth under the baton of Milton Katims...

At this point, you must understand two things:

(1) There's a long segment in this symphony where the bass violins don't have a thing to do. Not a single note for page after page.

(2) There used to be a tavern called Dez's 400 right across the street from the Seattle Opera House, rather favored by local musicians.

It had been decided that during this performance, after the bass players had played their parts in the opening of the Ninth, they were to quietly lay down their instruments and leave the stage rather than sit on their stools looking and feeling dumb for twenty minutes.
Well, once they got backstage, someone suggested that they trot across the street and quaff a few brews. After they had downed the first couple rounds, one said, “Shouldn't we be getting back? It'd be awfully embarrassing if we were late.”
Another, presumably the one who suggested this excursion in the first place, replied, “Oh, I anticipated we could use a little more time, so I tied a string around the last pages of the conductor's score. When he gets down to there, Milton's going to have to slow the tempo way down while he waves the baton with one hand and fumbles with the string with the other.”
So they had another round and finally returned to the Opera House, a little tipsy by now. However, as they came back on stage, one look at their conductor's face told them they were in serious trouble.
Katims was furious! And why not? After all...
It was the bottom of the Ninth, the score was tied, and the basses were loaded.

A condensed version leaves out or alters much of the setup:

The Nashville Symphony is playing an outdoor concert of Beethoven's Ninth Symphony quite early one morning. The day was unexpectedly windy, fluttering the sheet music to and fro. The maestro suggested they use their shoelaces to fasten the music to the stands.
Having accomplished this, the concert proceeded up to the last few bars when the bass section, who had been partying heavily the night before, started playing out of tune.
So there they were. It was the bottom of the ninth, the scores were tied and the basses were loaded.

Images: My walls are bare, painted eggshell, and lonely.

When I moved into this place the only wall decoration was a Klimt-themed calendar. Earlier in the semester I used Klimt's Tod und Leben (Death and Life) as part of a quiz; everyone knows Der Kuss (The Kiss), a staple of dorm-room walls, and appropriated to great effect in Elfen Lied. The year is almost over, my walls are still bare, so I figure a little cutting here and there and attaching with some push-pins should add color to my walls. 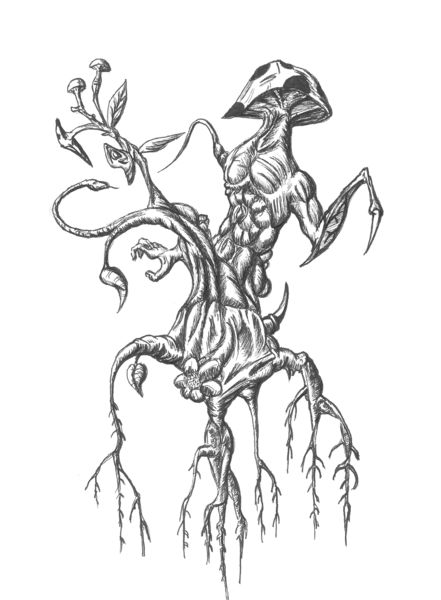 As part of my unpacking-the-books ritual I came across a number of art books, my non-digital comics and graphic novels, and some painting & drawing books.

A decade and a half ago at a giant book market (giant for where I grew up; it was held in the emptied-out-carcass of a former grocery store) I spent $0.25 on Ettore Maiotti's The Drawing Handbook (New York: Clarkson N. Potter, 1989), which I consider a quarter well spent, given that I still flip through this half-sized hardcover every so often. It was my first introduction to Jean-Auguste-Dominique Ingrés, in particular his Odalisque with Slave (1842), to which I return now and again. More importantly it introduced me not to the Klimt (1862–1918) we all know and love, the painter, but rather to an 1880 pencil study, Male Nude, Lying on his Back that is so astonishingly good that it is simply sublime: “An extraordinary academic draftsman, Klimt rapidly became a great success. The drawing on the following page was done when he was only eighteen yeas old, but it displays in its composition and sure lines the high level of academic training he had received.” (99)