What's the worst that can happen?

So I decided that we could do something with the garden. The gf and I agreed that we didn't want any grass, but wanted to avoid a concrete wasteland look. Looked like we simply needed to get rid of the concrete blocks that were there at the moment, add in a patio, and fix up the bottom half of the garden to have some patio slabs interspersed with some hardy low-growing stuff. Easy.

The parents are coming down to help us out this Thursday night. So far I've had about five slightly panicky phone calls to my dad, with him trying to explain what preparatory work we need to do, and me trying to figure out what he's talking about. Last weekend was primarily spent with a medium duty breaker, bashing the hell out of about seventy square feet of concrete. It turns out that this
a) takes a long time, and
b) is really hard work.

My body has just about stopped aching today. I really genuinely wanted to have nothing more to do with the stupid project by 8pm on Sunday evening, with a couple of square feet left to go. It wasn't helped by the fact that we'd made a hurried trip to the local garden centre to have a look at stone paving flags, only to discover that the car wouldn't start to return us home, and neither of us had our mobile phones, or indeed the details of the breakdown service. Waiting an hour for a breakdown truck to show when you know that you've only a few hours before it gets dark and you'll start really annoying your neighbours is a bit stressful. The gf took over for a little while, only to have a chisel snap while she was drilling away. We then went to the local chippy for badly needed hot carbohydrate, to discover that it's closed on Sundays and Mondays. It wasn't a good day.

While the gf was trying to borrow cars on Monday so that we'd actually be able to return the tools we'd hired before 10am, I was trying to get an idea of how much sand, cement and gravel we'll need. That was ordered yesterday: a ton of sand, ten bags of cement, three bags of gravel. Next job: work out how much patio there is and what slabs we'll need. I downloaded Inkscape and was quite impressed, although it still took me the best part of two hours to get the diagram done. It should be to scale, but who knows whether that'll work in reality. A copy has been mailed to my dad for his feedback before I start ordering large quantities of Indian sandstone. I now know a lot more about how to lay a patio.

I'm just worried what's going to happen when my parents turn up and figure out that we've not had any time to do any serious preparation work, and that the any surface area in the garden is covered by thirty-seven rubble sacks each full of blocks of concrete... 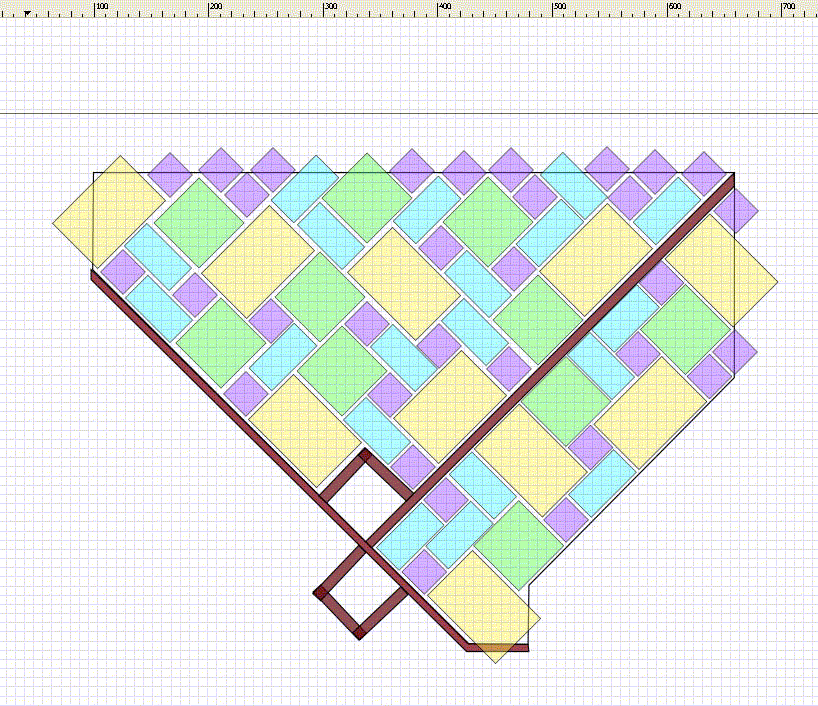