By stark (Thu Jul 28, 2005 at 10:48:18 PM EST) edinburgh, weddings, beer, vomit, sudoku, hacked, photos, photo (all tags)
In't work brilliant?! You can, like, wake up early, get on a train, an' everything! Then you get to big office block with no windows, and spend all day typing away with people shouting at you!

Inside: Weddings, vomiting, being hacked, photo of the day


Weddings
Firmly in the wedding phase of life at the moment; infinitely preferable to the baby phase where you get to hold a smaller version of Winston Churchill and hope you don't drop it on its head. I suspect the wedding phase has still got some legs; we only have three to go to this year, and the first was on Saturday in sunny Edinburgh.

Edinburgh: fantastic city. Took Friday off work, got an early flight with the gf and was in Edinburgh centre by 10.30am. Most of the afternoon was spent relaxing in Princes Street gardens (introducing the gf to su doku) and downing some beers in the Pear Tree's beer garden. Went to Howies on Victoria Street, where I had some amazing lamb - really good stuff. Finished off the evening meeting up with an ex-uni friend (who was also up for the wedding) in All Bar One on George Street.

Wedding was rather over-the-top, but in a nice way. Reception at the Caledonian Hotel, which was pretty impressive, at least until I'd downed enough champagne to stop me focusing. Nice food, good people and a chance to meet up with lots of old University people who I've not seen for a while. All good stuff.

Vomiting
Warning: grim descriptions in the next paragraph. You might want to skip onto the bit where I discovered that the hosting company's webserver had been hacked instead.

Had a nasty experience on Tuesday, when it turned out that my lunch disagreed with me and I spent much of the afternoon feeling pretty nauseous, before finally chucking up my guts in the toilets. Lovely, I'm sure you'll agree. It's the first time in ages that I've thrown up that isn't due to beer, and it's a pretty unpleasant feeling; at least when you're lagered up you can guarantee that it's mostly liquids that are coming back up. Trying to throw up semi-digested solids is hard work and the bile sticks in your throat. It hurt to swallow for the rest of the evening. The gf turned me onto a starvation diet until the next day's lunchtime, which seemed to have done the trick.

Website was hacked
Some idiots decided to use their mad skillz to hack the server on which my website resides. I was a bit annoyed by this, but more upset by the content that replaced it. The admins who look after the box have restored from backup now, but whoever looks after Brian Apps' site isn't as quick. Obviously hacking websites is a highly effective way of expressing your disgust at the police's killing of Jean Charles de Menezes.

After all of this some of the code for my weblog doesn't seem to be working, notably the bit that actually allows you to post. Haven't had a chance to check it out yet. Annoying.

Photo of the day
Hmmm... Gritty? Urban? Surely somewhere like Hackney or Brixton, right? No, taken on a lamppost in St Andrew's Square in Edinburgh, actually. Trying to improve my B&W technique. 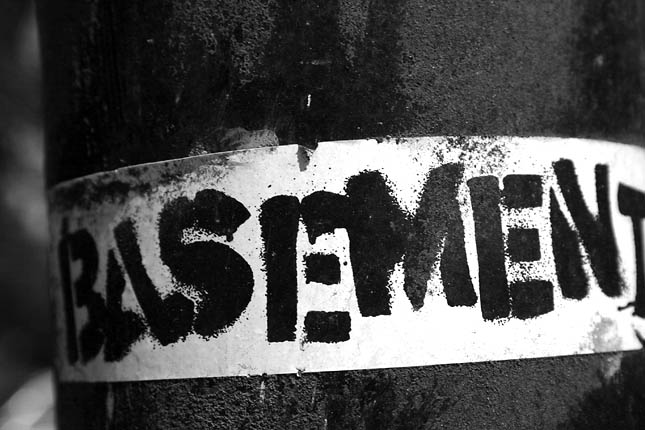