Only a few more hours


Tired
A bit tired today. Was doing some volunteer work last night and didn't get to sleep till 12.30, but had to get up at 5.55am in order to do the early support shift. Case in point: I initially opened Windows Calculator instead of WordPad to write this diary. I don't think it would be a good idea to do much "work" today.

For fun, I'm going to go to the gym to determine if I'm physically screwed as well as mentally. Update: I can't go to the gym until 12 as nobody else is in till then and unfortunately someone has to babysit the system. Sigh. Update 2: I have managed to get to the gym as someone else turned up, amazingly. I am currently on a endorphin high - yay!  I give it five minutes.

Watching
Saw Glengarry Glen Ross the other week. An impressive bit of theatre transmuted without much effort to the screen, assisted by possibly one of the best casts ever: Jack Lemmon, Al Pacino, Ed Harris, Alan Arkin, Kevin Spacey, Alec Baldwin and Jonathan Pryce are all principal players. All of them deliver excellent performances, with the most memorable for me being Jack Lemmon's Shelly Levine, a washed-up old salesman desperately searching for a successful sale in a cut-throat  It sounds very much like it was originally a play; the dialogue is rather artifical but strangely that doesn't at all detract but actually makes it more powerful and effective. It's a David Mamet script and while I'm not familiar with any of his other writing I would like to be; there's a lot of power and really unusual use of language. Thoroughly recommended.

Photo of the [indeterminate time]

From the Aus trip, here's a photo of a tree: 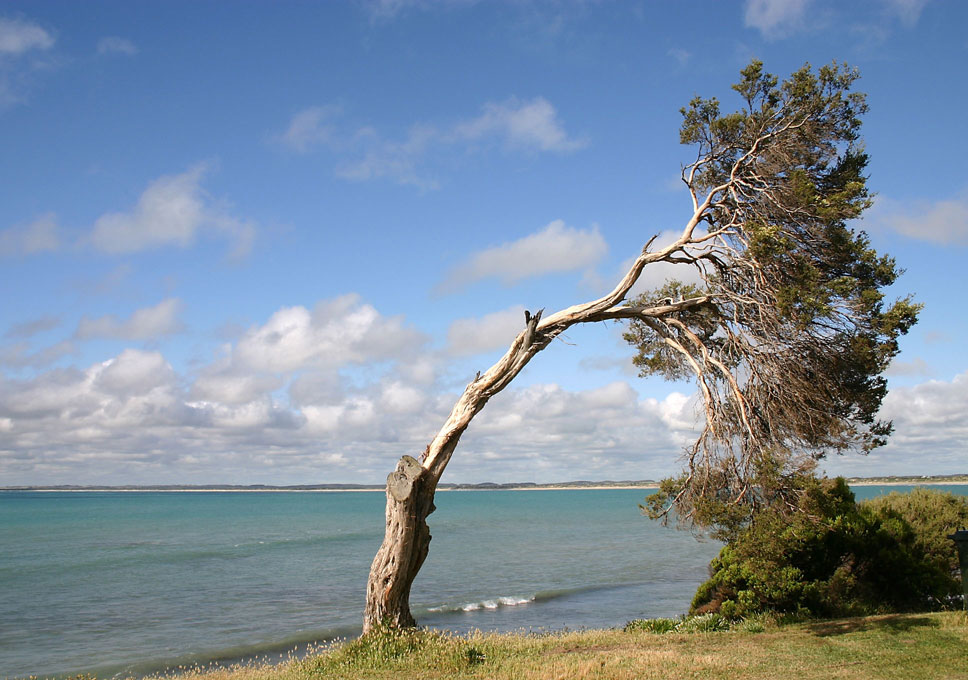