By nebbish (Fri Dec 16, 2005 at 01:09:38 AM EST) (all tags)
Bluewater is a suburban London shopping centre just off the M25 in Kent. Unlike cheap and cheerful Lakeside Thurrock across the QE2 Bridge in Essex, it was built with luxury in mind, appealing to a better class of consumer. Inspired by the Trafford Centre at the posher end of Greater Manchester, it boasts a luxuriant architecture of minarets, glass pyramids and point lighting, nestling in the spectacular setting of a disused chalk quarry, the white walls of which are lit blue by roving lasers.

Unfortunately for its designers, the areas that surround the shopping centre aren't quite so salubrious. Dartford, Greenhithe, Swanscombe and Northfleet are old estuary towns; giant cement factories, boatyards full of rusting hulks and acres of cheap housing annexed by the south-east London suburbs. Bluewater might be ideally placed off the M25 and the A20 for wealthy London suburbanites, but it is also within walking distance for the youth of these towns - who descend en mass, having fuck all else to do.

This spanner in the works for Bluewater's owners led to in an unprecedented move which made the British national press: hoodies, the uniform of England's teenagers, were banned from the shopping centre. At this point the owners could make out that it was for security reasons, that shoplifters with their hoods up couldn't be recognised on security cameras. But a later, failed move to ban baseball caps revealed the policy for what it was: old-fashioned youth and class discrimination.

The debate in the press died down, and I wondered whether the restrictions were still in place. There was only one way to find out.

I am quite catagorically, at the age of 31, not a youth any more. But I can look pretty dodgy when I want to and visited Bluewater last weekend resplendent in Diadora shellsuit bottoms, Reebok classics, and of course a hoody. A back-up outfit of jeans and a fleece sat in the car just in case. I might have been embarking on an important social experiment, but Alison who was driving me there wanted to do some shopping.

We parked by the posh John Lewis end of the shopping centre, and with trepidation I walked through the swing doors. There weren't even any security guards. I was disappointed to see gangs of youths wearing hoodies strolling the aisles quite unmolested, and realised I would have to up my game. The hood went up. 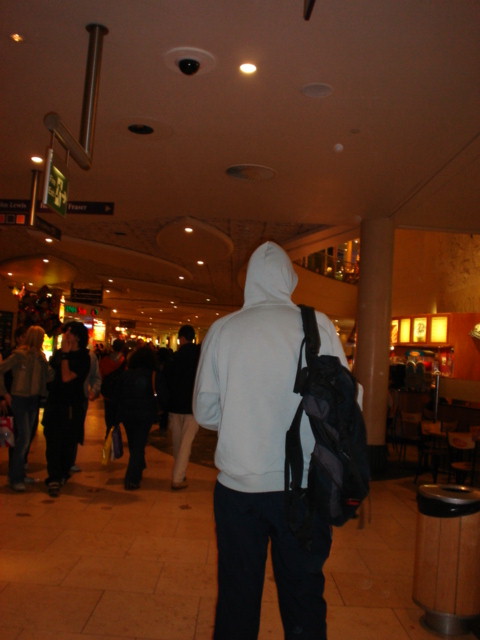 Still no reaction. We visited a few shops, I ate some free mince pies. After a while we both needed a wee. Slumped outside the ladies toilets waiting for Alison with my hood up like some loitering rapist, a group of security guards dashed towards me, shouting excitedly into radios - but they were after someone else.

I needed to do something else, look more delinquent. I needed a prop. We moved on to the food hall, where I bought a Macdonalds Happy Meal. Hood up, I slumped back in my chair and crammed a cheeseburger into my mouth. 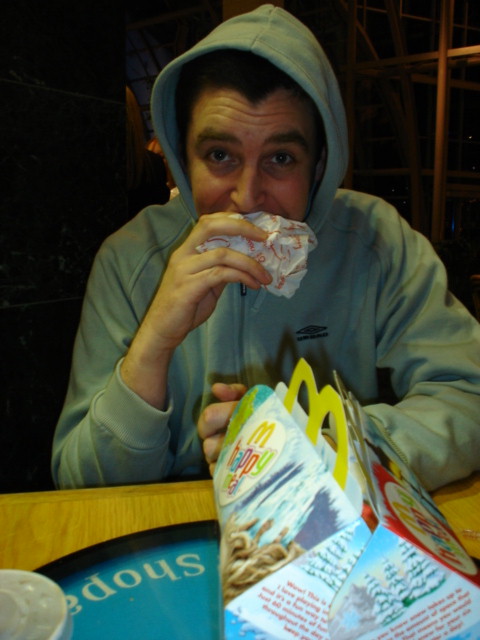 Still no reaction, although this could have been down to Alison playing with her Happy Meal Narnia diorama. 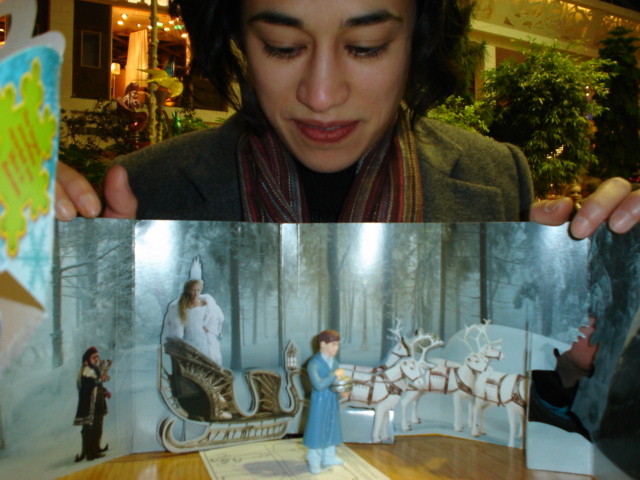 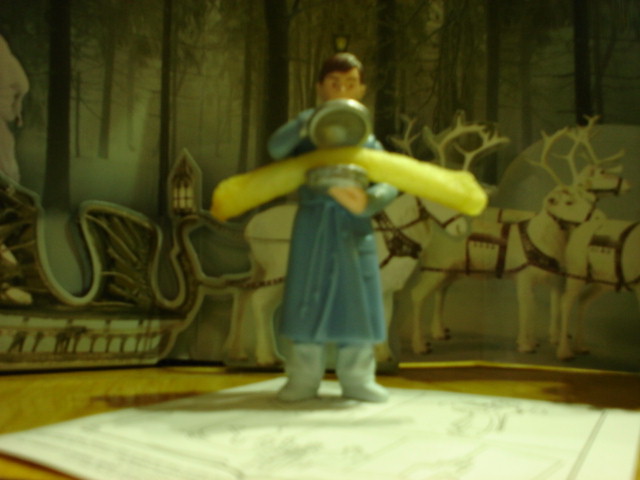 We managed to get that little guy to carry four chips in the end. I couldn't get a photo though, what with him falling over all the time.

A cheeseburger is one thing, but the real prop of the shopping centre charver is the Macdonalds drink carton. Undeterred by it being a tiny Happy Meal one with Narnia all over it, I strode menacingly up the aisle, occasionally slurping noisily at the ice like Samuel L Jackson.

Seriously though, would you let this man into your shopping centre? 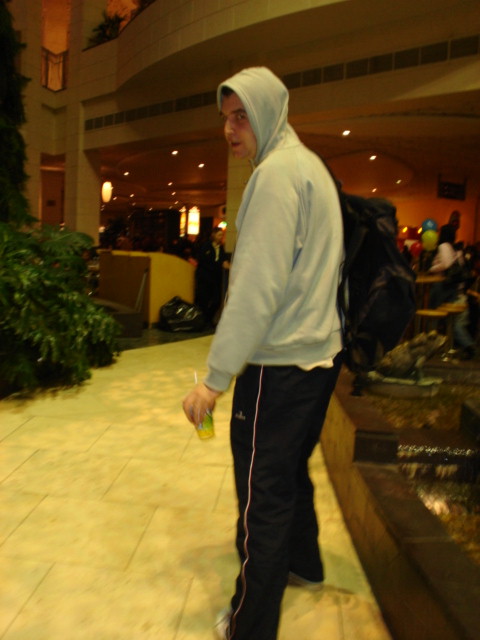 As this final photo was taken, a couple of security guards standing nearby laughed and muttered to each other, and to be honest I think we were rumbled. I was the only hooded person in the entire shopping centre with my hood up, and I was old. I wouldn't be surprised if some thirty year-old twat with pretentions to online journalism doesn't go down there every weekend trying the same shit.

We did some more shopping, the hood still up. In Game I was tempted to elbow children aside to have a go on an Xbox 360 and try and get a reaction, but I'm a nice bloke and I couldn't. We went home.

The results of my experiment, despite a promising hypothesis, were inconclusive.